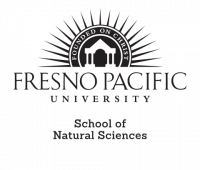 A Fresno Pacific University student’s desire to serve the Valley as a physician was strenghtened during a summer internship at a children’s cancer center.

Evelyn Navarro, 19, spent 10 weeks over the summer at Nationwide Children’s Hospital in Columbus, OH. She was part of a group looking for ways to help NK (Natural Killer) cells, a cell that kills cancer cells, reproduce and become stronger. “We’re trying to improve the NK cell to help it fight cancer better,” she says.

The internship is hosted by FPU graduate Dr. Dean Lee, who welcomes a few undergraduate students each summer to his research program on fighting cancer in children. Working in the lab made Navarro realize she could have an impact. “It inspired me and made me realize that the hard work I put in could have an effect on a child with cancer,” she says.

The Fresno native has long been interested in science and looked into medicine when she found out what physicians do and that there’s a shortage of them in the Valley. Navarro is majoring in biology with a human health emphasis and plans to apply to medical school when she graduates in 2024. “I want to be part of the solution and provide health care to everyone,” she says.

Navarro and her older sister are the first in their family to attend a university. Her father works in construction and her mother is a stay-at-home mom. “I come from a family of hard workers,” she says.

Since 2012, the Northwestern Mutual Foundation has supported the fight against childhood cancer through its Childhood Cancer Program by donating more than $35 million to support families and survivors and has funded over 455,000 hours of research with partners like Alex’s Lemonade Stand Foundation and other nonprofit organizations across the United States.

Alex’s Lemonade Stand Foundation (ALSF) emerged from the front-yard lemonade stand of 4-year-old cancer patient Alexandra “Alex” Scott (1996-2004) who wanted to raise money to help find a cure for children with cancer. The foundation bearing her name has raised over $200 million and funds over 1,000 pediatric cancer research projects nationally. More at AlexsLemonade.org.