Fresno Pacific empowers its students with education and tools to work out a simple yet powerful idea: love others where they are.
Priscilla Robbins 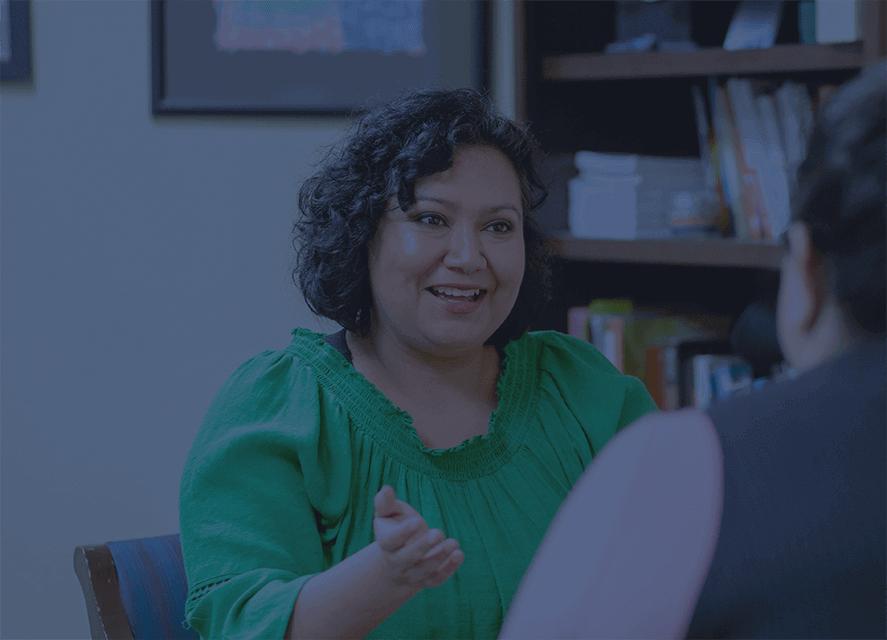 Jennifer came to Rescue the Children with no children; she’d lost them when she was jailed on drug-related charges.

Both her words and body language declared Jennifer was defensive and not ready to trust anyone. “She was feeling the pain and guilt when your choices have hurt your children,” says Priscilla Robbins (BA ’10). “We never made her feel bad about herself. We directed her to God.”

Robbins—director of Rescue the Children, a ministry of the Fresno Rescue Mission—leads her staff to make the love of Jesus real for women and children ostracized by society. Robbins and other graduates of Fresno Pacific University lead nonprofit organizations across the San Joaquin Valley. What they learn at FPU about urban ministry, cultural diversity and servant leadership energizes their work and helps change lives.

Robbins, who’d always wanted to minister to women, caught a vision of doing that in the inner city from Quentin Kinnison, Ph.D., associate professor of Christian ministries. “At Fresno Pacific, they really teach their students about going beyond the walls of the church and that definitely impacted me. It’s what I use in my job today,” Robbins says.

She and her staff prayed with Jennifer (not her real name), asking God to intervene on behalf of her five children. Three were in foster

care, and no one knew the whereabouts of the other two. Robbins and others made countless phone calls, and one day a police officer brought the two missing children to Jennifer. Shortly after that, the other three began to visit her at the shelter.

With a growing faith in God and continued support from Robbins and her staff, Jennifer graduated from Rescue the Children’s 18-month Transforming Life Program. She’s now reunited with her kids, has a job and attends college. Healing also came to a once-troubled relationship with her father, who’s now on his own path to recovery.

Multiply that success across other lives touched by Rescue the Children and the effect is far-reaching. Says Robbins: “Fresno Pacific empowers its students with education and tools to work out a simple yet powerful idea: love others where they are.”