The Lesson is Perseverance

If it wasn’t for son Esequiel’s struggle with cerebral palsy, Andrea Barrera (BA ’17) would not have her degree in early childhood development. If it wasn’t for FPU, Esequiel wouldn’t be in kindergarten, saying his colors along with the rest of the class.

Esequiel was diagnosed at four months old. Between trips to physical and occupational therapy, neurology and Valley Children’s Hospital, Andrea could no longer work as a Certified Nursing Assistant, leaving her husband, also Esequiel, as the family’s only income. Andrea discovered early childhood development at the College of the Sequoias, but to earn a bachelor’s she needed the flexibility and support she found at FPU’s Visalia Campus.

Andrea felt compassion from her first meeting with advisors. “They assured me that I could do it and that they were there to help me,” she says.

Professors provided care through her husband’s evening at work and her son’s pneumonia and seizures. “My teachers made me feel like I could keep going,” she says. “FPU also helped me realize that everything happens for a reason, and that my son’s disability is a blessing because I would never be where I am now.”

Where she is now is working as a structured English immersion aid at Maple Elementary School in Tulare, just down the hall from Esequiel’s kindergarten class. Before he started school, Esequiel’s previous teachers suggested a special class, but FPU taught Andrea to advocate for her son. In August, Esequiel started kindergarten unable to say his name, colors numbers or letters. By December, he could speak his full name and colors and had memorized his student I.D. number.

Neither mother nor son will be stuck in one place. “Someday, I want my son to look at me and know I never gave up, and because his mom never gave up—even through all the obstacles—neither should he,” she says.

Someday, I want my son to look at me and know I never gave up, and because his mom never gave up—even through all the obstacles—neither should he.
Andrea Barrera 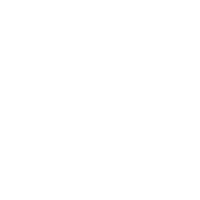 Tell us your story of a life that was transformed at feature.me@fresno.edu