Athletes of Color Alliance Making Space For All

Last year, track and field athlete De’Jshon (D.J.) Maxwell-Garcia (BA ’21) was frustrated when Black History Month came and went and he was not aware of any mention by Fresno Pacific University.

Maxwell-Garcia saw this an example of the university’s seeming indifference to issues important to students of color, such as himself: “So I tweeted about it.”

His tweet caught the attention of head men’s basketball coach C.J. Haydock (BA ‘10). Maxwell- Garcia had tapped into something close to Haydock’s heart: the events and issues that matter to the student-athletes he coaches, many of whom are students of color.

Haydock and his players frequently discuss these issues on van drives to and from games. “Because we have so many young men from minority backgrounds, we have come to this understanding that my experience is different from many of my students,” he says.

These conversations should be available to all student-athletes. “It would be more powerful if it crossed over teams, for everybody to have an understanding of the injustices in the world,” Haydock says.

With this in mind, Haydock, who is white, approached Maxwell-Garcia about starting a club to support athletes of color. The Athletes of Color Alliance, a university-sponsored and student-led organization, became official in September 2020.

Since the fall of 2012, most FPU students have been people of color. As of fall 2020, students of color made up 72% of the overall enrollment—76% of degree completion, 75% percent of traditional undergraduates, 66% of graduate students and 59% of seminary students.

The purpose of the alliance, says Maxwell-Garcia, is to be a platform for student-athletes to collaborate on social justice issues on campus and in surrounding communities, as well as a safe space for student- athletes of all racial backgrounds. Members include student-athletes from a variety of sports, as well as non-athletes and allies. Maxwell-Garcia served as president, with Haydock as sponsor.

Baseball player Esteban Lizaola (TC in progress, BA ’20), says the alliance has given him the opportunity to help empower other students of color to acknowledge and appreciate their heritage. As one of only a few Hispanics then at Immanuel High School, and one of its only athletes of color, he says he attempted to fit in by refusing to embrace or acknowledge his culture. This included allowing fellow students who found his name difficult to pronounce to call him by “easier” nicknames. Things changed, he says, when he was a freshman at CSU San Bernardino and “I wasn’t seen as anyone but myself, Esteban Lizaola,” he says. 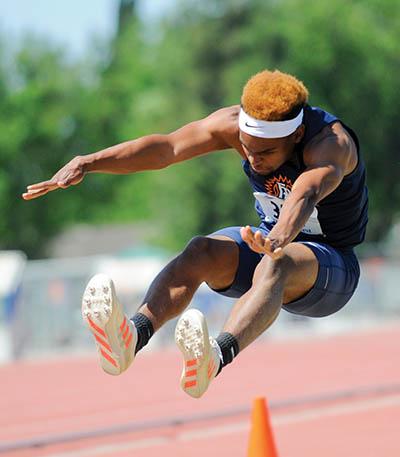 When Lizaola transferred to FPU he met Maxwell- Garcia and reconnected with Haydock, his Immanuel coach. Their willingness to be open about tough issues further inspired him. “D.J. is very outspoken and very blunt,” Lizaola says. “I started gravitating more towards the truth. When they were telling me about the club, about wanting to start something since FPU wasn’t doing the greatest job of empowering students of color, I said ‘I’m definitely in’. I accept my culture, I’m very proud of my culture. I want to help others to understand their culture is theirs; it’s something for them to be proud of.”

Diamond Hollis, a volleyball player, transferred to FPU in 2020-21. The Athletes of Color Alliance “provides a mental health check for athletes of color,” she says. Demanding schedules don’t always leave student-athletes room for engagement with other students outside their own sport, she says.

“You can say, ‘Hey I’m going through something,’ but if you have a game tomorrow, you’re playing the game. You have homework. There are things that happen that you want to talk about, but you don’t have the time or resources to talk about it,” Hollis says.

“It’s a really good time out from your schedule as an athlete to talk about your experience, how you’re feeling. It’s getting to know people with similarities and having that safe space to openly talk about not being okay, and that it’s okay to not be okay, even if you’re an athlete,” Hollis says.

Everybody involved with the alliance stresses that non-athletes and people of all races are welcome. “It does not exclude people that aren’t of color,” Maxwell- Garcia says. “I’ve had people reach out to me that aren’t. There’s ally-ship in that.”

“I want to encourage others to not be afraid just because the title is Athletes of Color Alliance,” adds Lizaola. “If we have the support of all ethnicities, it makes it a lot easier for us to get our message across.”

Sometimes universities identify students of color only as athletes, Maxwell-Garcia says. “This isn’t so we can rebel against the majority culture of FPU, it’s so we have space to be people of color.”