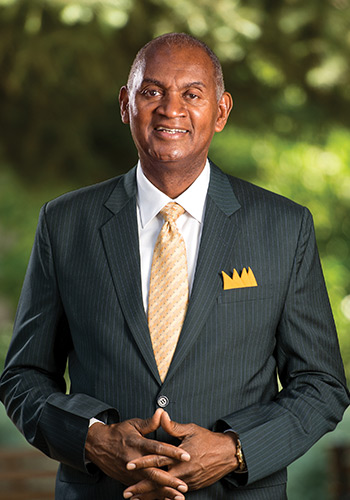 Years ago, I came across a saying by George Washington Carver while reading one of his biographies: “When you do the common things in life in an uncommon way, you will command the attention of the world.” This issue is about uncommon heroes—individuals who step out of the box to make a difference in others’ lives.

Voltaire said: “common sense is not so common,” which seems to be more real today than ever before. Proverbs tells us “The fear of the Lord is the beginning of wisdom,” but there seem to be so few that seek it. Therefore, common sense is often masked as an uncommon notion. We often associate the uncommon with innovation, doing something distinctively different.

Maybe doing the common with a courageous faith is common sense manifested in uncommon ways.

George W. Carver awakened each morning looking for new possibilities for foods and other products made from peanuts and sweet potatoes. It is reported that he discovered over 300 uses of the peanut and hundreds more of the sweet potato. Doing the uncommon started with searching out the possibilities. As Alice in Wonderland said: “Sometimes I believe in as many as six impossible things before breakfast.” Seeking the possibilities starts us on the road to what many would define as impossible. To do the common in uncommon ways, means living a life of possibilities.

The individuals in this issue are examples of those we consider uncommon heroes. They do the common in uncommon ways while dreaming of the possibilities to serve others.