Creating a Community of Care

Donna Callahan, M.S.W., was asked to build a program in a caring profession. She built a professional community whose members care for one another.

It didn’t seem so in 1998, but Callahan calls coming to FPU a “God thing.” To pay for state-mandated, but not funded, class-size reduction, Callahan’s school district closed its counseling department, which consisted of Callahan. Then 51, she couldn’t help but worry about the pay cut and benefit reduction to come to FPU. “I prayed, ‘Lord, am I being foolish? I really want this job',” Callahan says. “I put my trust in God. He never let me down.”

Major growth came with a degree completion version of social work in 2014. More than 200 non-traditional students now study at the Bakersfield, Visalia and North Fresno campuses and all students learn the same content, including fieldwork. “We have one program in two formats,” she says.

Much of the DC success is due to DC Program Director Jonathan Clark, D.S.W. “Jon has been a dynamo,” Callahan says.

After 16 years as sole full-time faculty, Callahan is grateful to all her colleagues: Clark, and Sonia Pranger and Jill Maze, who oversee field supervision. And all Callahan’s adjuncts, many of whom are graduates. “I’ve learned as much as I’ve taught,” she says.

Traditional or not, Callahan says students connect with one another, as well as clients, through job, family and health issues. “They huddle around one another in times of trouble. There are so many incredible stories,” she says. 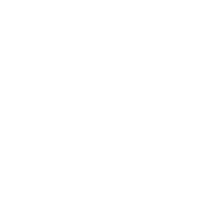 "I don't need another coffee mug." A donation is all Donna wants.

Many social work students struggle before they help others. Donna Callahan wants to reward their courage and commitment by raising $10,000 to endow FPU’s social work scholarship. A donation is the only retirement gift she wants. “If every social work graduate gave $5, we’d have it,” she says. To give, go online to giving.fresno.edu, choose "Other" for the designation and put "Social Work" in the comments.