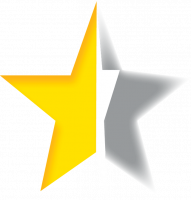 FPU has
been a
STAR
CHAPTER
for
15 YEARS
straight

Members come from the
TOP 10%
of junior and senior classes

“We are all just a shared community of learners,” said Marshall Johnston, Ph.D., associate professor of history and sponsor of the FPU Alpha Chi chapter. Members of Alpha Chi come from the top 10 percent of the junior and senior classes.

Part of the Association of College Honor Societies, Alpha Chi began in 1922 and today has around 300 chapters and about 11,000 members. FPU joined the society in the late 1980s and maintains about 50 members. For the last 15 years, the university has qualified as a Star Chapter, an honor given to just 20 percent of the national branches.

Members get the opportunity to present scholarly research and network with other students from around the United States at the annual Alpha Chi convention, this year April 4-8 in Portland, OR, where FPU seniors Colton Taylor and Cho Fai Wong won national honors: Wong received one of 10 H. Y. Benedict Fellowships for graduate study, in the amount of $3,000, and Taylor earned the Gayle Webb White Prize in Business Administration. Taylor called the convention the highlight of his Alpha Chi experience. “Being surrounded by ambitious students of the top 10 percent of their university’s class is inspirational and life-changing,” he said.

Fellow member Rhoda Anderson agreed. “Not only did I get to share some of the work that I have been doing here at FPU, but I got to see the things that are being done at other universities across the nation,” she said. “Alpha Chi has influenced me for the better by how it has shaped my understanding of learning and interdisciplinary work.”

Non-members also benefit from having an Alpha Chi chapter on their campus. “Having this honor society among them challenges other students to do their best and strive for excellence, and provides a model for academic achievement,” Johnston said.

As Johnston says, Alpha Chi is an amazing opportunity for professors and students alike to grow and learn together. As the society’s motto states: “Making scholarship effective for good.” 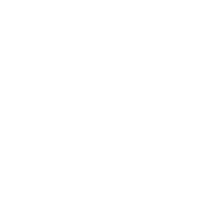 Tell us your story of academic excellence at feature.me@fresno.edu