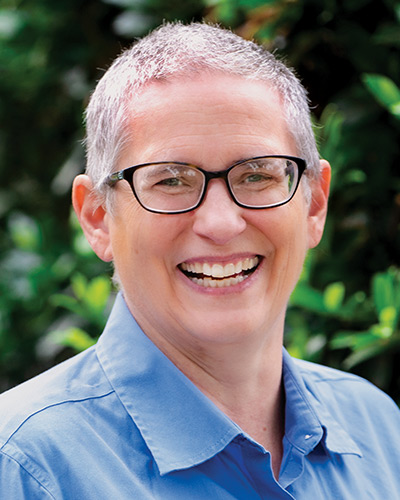 “Are you going to teach?”—the question for every history major. Finding alternatives drove Hope Nisly’s career.

Labor history was her passion, and Nisly was an archivist in The George Meany Memorial Archives (AFL-CIO) and Cornell University’s Kheel Center for Labor- Management Documentation and Archives. “My degrees and my intent were that I would work in archives (preferably labor) the rest of my life,” she says.

But in 1998 she, husband Douglas Kliewer and their two teenagers moved from Ithaca, NY, to Reedley, CA, and Nisly worked for the West Coast Mennonite Central Committee. In 2000, Hiebert Library Director Steve Brandt invited her to FPU. “I told him that I’m really an archivist, not a librarian. He didn’t seem to care,” she says. She joined the staff in 2001 and retired this spring as acquisitions librarian.

Students gave Nisly joy. “I loved watching the students (some of them at least) fall in love with learning for its own sake. I loved working with those students who viewed libraries with trepidation and fear—and see them come to find a place and space in our library,” she says.

A longtime activist, Nisly also plans to continue organizing, and would like to squeeze in some travel and volunteer work. 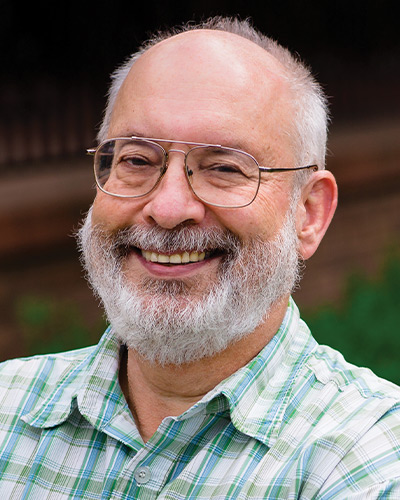 Flunking two seminary counseling classes convinced David Bruce Rose, Ph.D., he had no future in psychology. Then Rose, who retired this summer as associate professor of marriage and family therapy, saw the ministry of counseling.

Leading a small Montana Presbyterian Church USA congregation showed Rose pastoring was more than preaching. “When people came to me for counseling I couldn’t say ‘no’ because I didn’t want to do it,” he says.

Counseling classes clicked after Rose moved to a Las Vegas megachurch. “The classes were talking about the people at my church—not abstractions,” he says. This shift in awareness awakened a call to teach. Still, Rose “stumbled into” a successful private practice, and taught part time. Fresno Pacific Biblical seminary faculty Al Dueck and Delores Friesen invited him as an adjunct in 2006, which became a full-time role in 2011.

During seven years as program director Rose worked to attract the equivalent of 30 full-time students to the M.A. in Marriage and Family Therapy each year. Today that figure is 80-90, and MFT is the seminary’s largest program. The program’s reputation also grew under Rose. At first, staff at some local agencies feared seminary interns would be homophobic and prejudiced, he says. But not only did staff come to see the students as excellent counselors, they started talking about faith themselves, Rose says. “That’s a reputation I would really like Jesus’ followers to have— competent and caring—and I really think we have built that.”

Future plans? Fewer than ever. Instead, Rose and wife Mary plan to spend time with their two sons, their wives and the 13 grandchildren. “Five years ago I had this list of things I wanted to do,” he says. “Today somebody else is doing those things and doing them better than I would.”