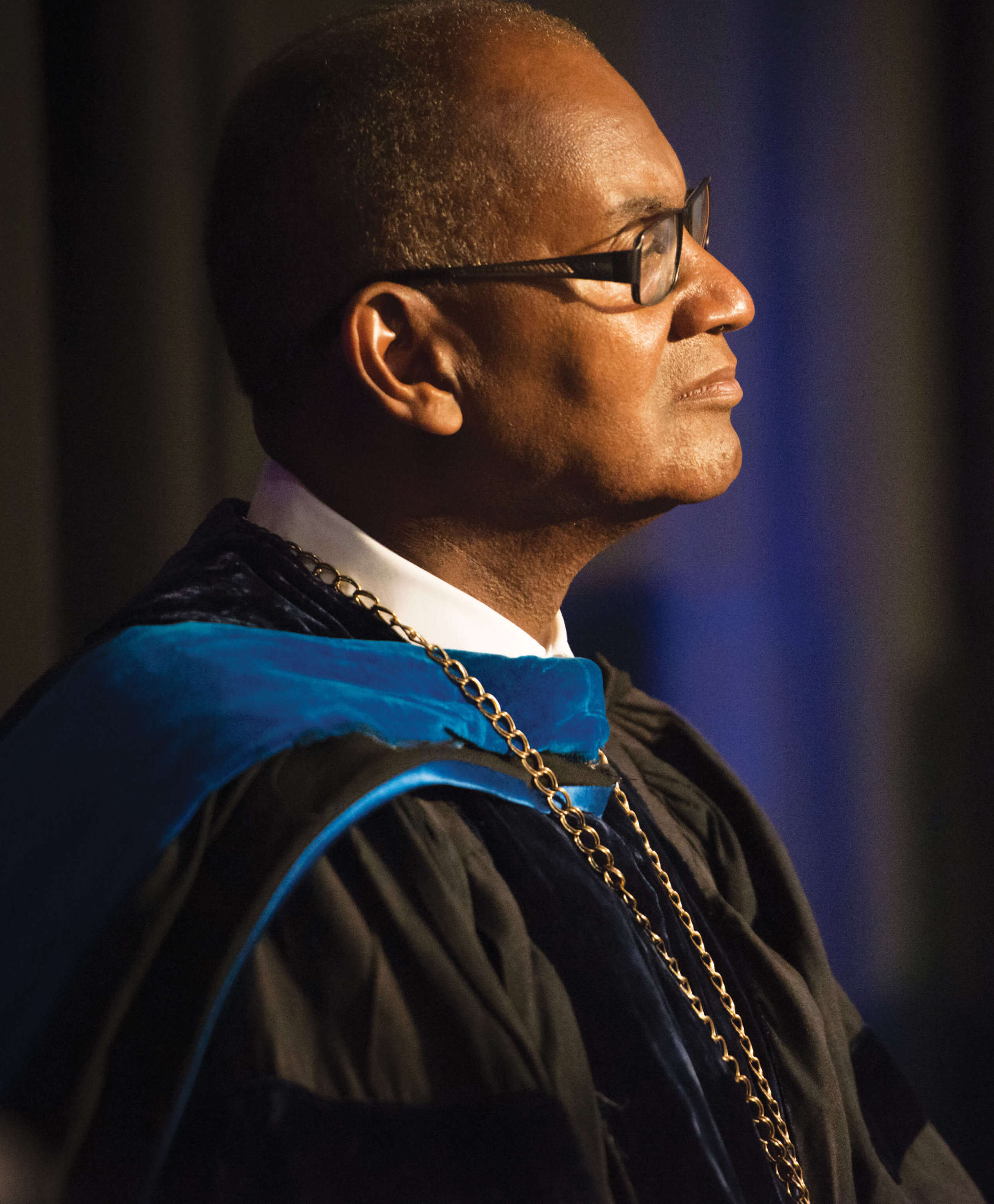 A call from across the sea brought Joseph and Yvette Jones to Fresno Pacific University—a call centered on Christian higher education.

In 1992, Joseph Jones, Ph.D., wrote a personal mission statement in his journal: “To extend the influence of the Kingdom of God through Christian higher education.” In 2016, he was encouraged to consider the presidency of Fresno Pacific University. His reluctance was allayed after reading the second paragraph of the Fresno Pacific Idea: “On this foundation, the university seeks to build and extend the kingdom of God.”

The Joneses knew FPU was the right place for their next step of faith. “Building partnerships and engaging communities is what God has called us to do—be a light in the community and educate students to do the same,” Joseph says.

The couple—known as “Dr. Joe” and “Mrs. Yvette” at FPU—was wrapping up their third year at Forman Christian College in Lahore, Pakistan, where Joseph had been vice rector (executive vice president and provost) and Yvette chief advancement officer. Prior to Forman, he had spent more than two decades at institutions in the Council for Christian Colleges & Universities, which includes FPU, rising from faculty to provost at North Park University, Messiah College, Taylor University and Roberts Wesleyan College. The Joneses also raised two daughters.

Building partnerships in a new place was the highlight of the Jones’ five years at FPU. “We’ve raised FPU’s profile in the Valley and Sacramento working with educators, politicians and community leaders, including those in the Black, Hmong and Hispanic communities,” Joseph says.

As for what Yvette is proud of, she has a mission statement of her own: “Use what you have in your hand.”

Making prayer blankets, hats and cards for FPU family and friends and surprising office staff with Friday doughnuts and baked goods was Yvette’s outreach: “Just exposing everyone to the love of Christ in whatever vehicle he gave me,” she says.

The biggest challenge for Joseph was often reminding people—in the community and in higher education—about FPU. “We’re constantly making sure we’re remembered among the UCs, CSUs and community colleges,” he says.

Representing Christ as the center of FPU could also be difficult. “How do you take a pastoral role? Some people think you’re preaching,” Joseph says. Others were thankful. “I would get feedback from community people that they appreciated it when I spoke from a Christian point of view in ways they could not,” he says.

The most important thing is the sharing of God’s word. I hope, I pray, we’ve helped to strengthen the spiritual foundation of the institution.
Joseph Jones 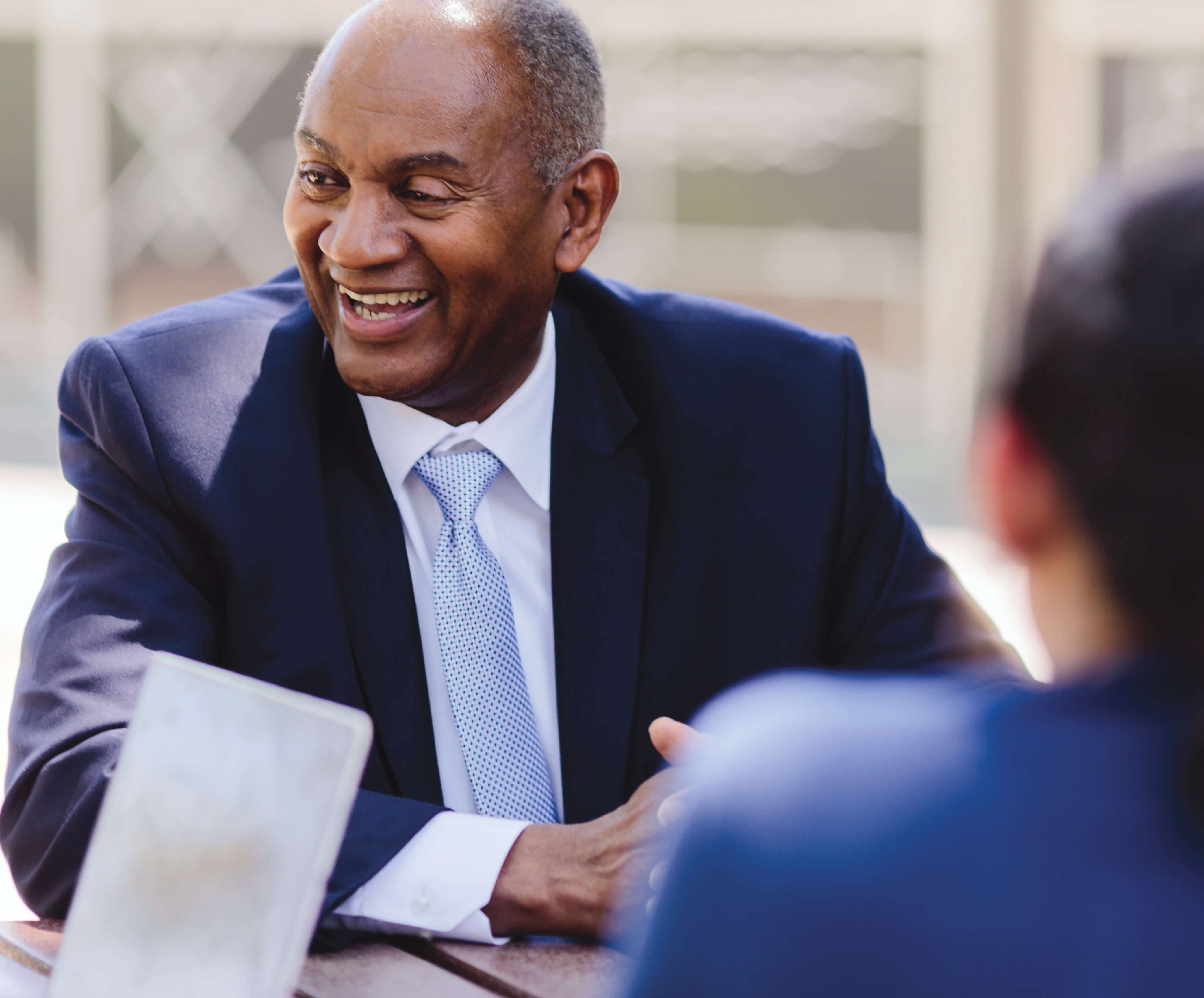 Looking back, Joseph is quick to say that, crucial as they are, new buildings and balanced budgets are not the ultimate goals. “The most important thing is the sharing of God’s word and modeling the life of Christ for our students,” he says. “I hope, I pray, we’ve helped to strengthen the spiritual foundation of the institution.”

God’s word calls us to spread his love, Yvette adds. “I learned to use what’s in my hand to pass on the love of God,” she says.

Whatever they’ve done for FPU, the Joneses know the place has changed them. “I’ve learned a lot about humility. Seeing so many challenges and having to seek God to see his hand,” Joseph says.

Yvette also feels closer to God. “I feel like I take away a deeper relationship with the Lord. He has reminded me of his presence daily to overcome loneliness,” she says.

People will also live in their memories. Joseph mentioned two: Dr. Nzash Lumeya, director of the Fresno School of Mission, who sends the couple Scripture every morning, and the late Fitzalbert “Bert” Marius, M.D., a pioneering Black Fresno heart surgeon who received FPU’s only honorary doctorate.

Yvette praised Gwen Burks, executive assistant to the president, for her servant heart. “She said she was grateful the Lord called her to care for us so we would be successful,” she says.

Both spoke of Vernon and Genevieve Janzen. Vernon is a retired pastor and educator who served as president of Tabor College. His son, Rod, and grandson, Chris, are on the FPU faculty today. In the time they knew the Janzens, Genevieve, who died in February 2022, was unable to speak and Vernon cared for her. “She would smile and hold my hand,” Yvette says. “And joyful giving radiated from him. The two modeled the life of Christ in their seven decades of marriage to one another.”

Use what you have in your hand.
Yvette Jones 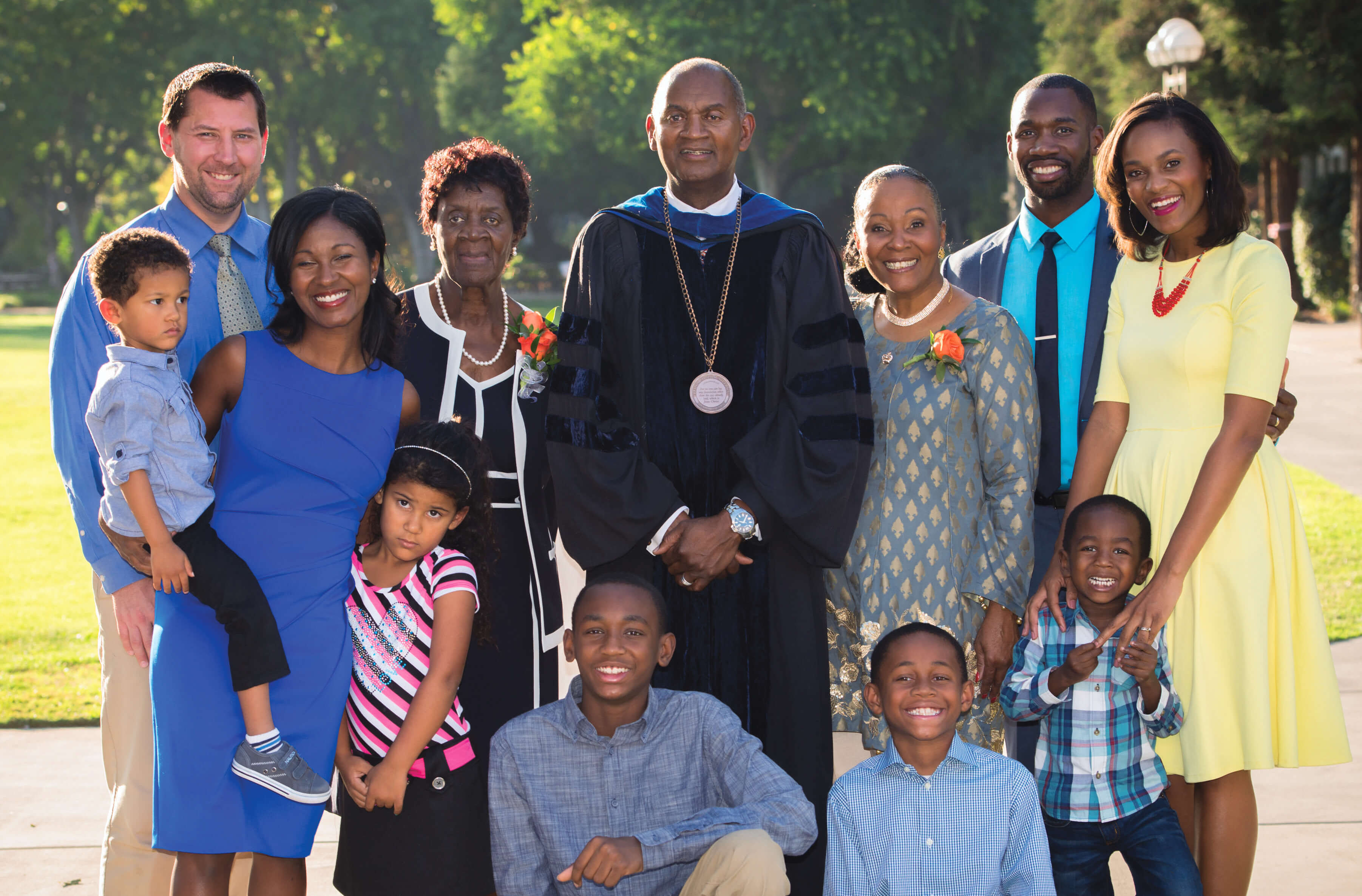 As for life beyond June 2022, when the Joneses retire, they will reside near their two daughters, their husbands and their five children who impatiently await Nana and Papa in Pennsylvania. “We have a house that’s in the middle between our two daughters—15 minutes from each family. They can walk over,” Joseph says.

THE SEARCH FOR A NEW PRESIDENT

Stay abreast of progress in the presidential search at this dedicated webpage: