In the beginning, God created..."

The first verse of the Bible is an origin story for life itself, but if you read between the lines you’ll find it also contains guidance for all of us.

“It’s the first verse of the Bible and we hear about the ultimate creative one, and that is God,” says 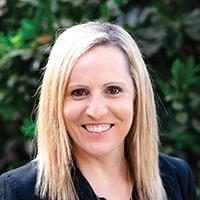 Rebecca McMillen, Ph.D., chair, Division of Visual and Performing Arts at FPU as well as assistant professor and program director of art. “If we are made in the image of God, we are also given the ability to create. Not on the same level, but as human beings. We teach that we’re free in Christ to use our talents and skill to bring him glory.”

Like many colleges and universities, Fresno Pacific University offers courses and degrees in the arts, along with programs that—while learning experiences for student artists—benefit the community as a whole. The Central Valley has a diverse and thriving arts community, and higher education institutions like FPU play an important role in getting art to the people.

Donald Munro has covered the Valley’s arts scene for more than 25 years, first as an arts reporter 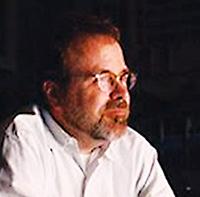 at The Fresno Bee and now for his website, The Munro Review. He said universities like FPU provide a valuable service in cities like Fresno, where there are fewer options for those wanting to engage with art. “The universities fill this really crucial need for us for live arts, for culture,” he says. “In San Francisco, people probably pay very little attention to what’s going on at San Francisco State or UCSF or even at Cal. It’s because there are so many professional opportunities and it’s a world-class city. [But] in many cities, and Fresno is no exception, universities are kind of a lifeline to people craving these experiences.”

He cites the university’s 2016 theatrical production of Little Women as an example. Not only did it feature strong vocal performances, he said, but it featured two young actors, EJ Hinojosa (BA ’16) and Meg Clark (BA ’17), who have continued to impact Fresno’s arts scene. Hinojosa, a music educator and composer, has championed area musicians by programming a concert series featuring the original music of local composers. Clark has since performed in productions with Good Company Players, StageWorks Fresno and Selma Arts Center. 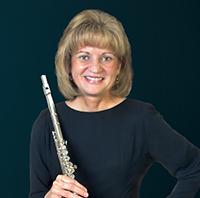 Indeed, artists affiliated with FPU have left fingerprints all over the Valley’s arts scene. Janette Erickson and Laura Porter, principal flutist and harpist, respectively, with the Fresno Philharmonic, are both music instructors at FPU; art professor Chris Janzen has participated in Fresno’s monthly ArtHop events. 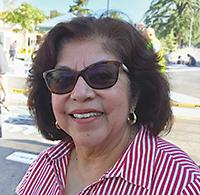 “I think that like other teaching institutions they have developed a good reputation for offering accessible programs for people who have an interest in the fine arts,” said Lilia Chavez (MA ’08), executive director at Fresno Arts Council. The university’s involvement in community- wide events like ArtHop, she added, has “made the public more aware of the offerings it does have.”

Rei Hodota, who has been music director for the Fresno Philharmonic since the 2017-18 season, said the philharmonic has enjoyed a collaborative relationship with FPU-affiliated musicians, including Walter Saul, D.M.A., whose compositions have been performed by the orchestra. “I really appreciate his enthusiasm for the things we’ve been trying to do to reach out to the community,” she says. “He’s been to every concert, brought students from his classes. That’s the way we need to work as arts organizations, is to really pull each other up.” 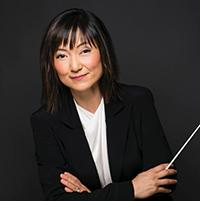 Hodota also praised the way FPU alumni who are now educators work to instill an appreciation of the arts in students in grades K-12, noting that the Fresno Philharmonic partners with the Fresno County Superintendent of Schools Office to participate in Carnegie Hall’s Link 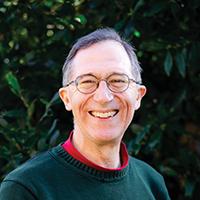 Up program. The national initiative provides hands-on orchestral and vocal music education, and the opportunity to perform in a concert with the philharmonic, to students in 120 elementary schools throughout the Valley.

“Teachers from FPU are so well prepared that they’re really going out into the community and teaching the students in a way that is nurturing, active and proactive,” she says. “I’ve met with some of these teachers in preparation for these concerts and they’re inquisitive and engaged, and it’s great to see that.”

This is, noted McMillen, the result of an educational philosophy that emphasizes teaching beyond the technical skills and encouraging students to think about their discipline in terms of a broader picture. “Some of our kids go on to be educators and will be able to teach not just what to learn, but how to learn,” she says. “Arts help students develop a wide variety of skills. There are other studies that conclude creativity is the most important skill today. When organizations need to pivot, businesses that can adapt and pivot are the ones that are surviving. Creativity should be at the top of the list of skills that schools are including. We see ourselves as equipping students with creative confidence, not just in their art skills but in the way they think and innovate.”

And when these students head out into the world, whether as working artists like Hinojosa and Clark, or as educators, the entire community benefits.