Raw, Real, Life The Making of an Uncommon Hero

John Drotos arrived at the Fresno group home to find 18-year-old Jason finishing a dinner of fried chicken and eager to talk about stringing along three girls.

Drotos, a student at Fresno Pacific Biblical Seminary, pulled a metal chair across the white tile floor, sat down and waited for Jason to begin. Drotos, a staff member with Fresno-Madera Youth For Christ, befriended Jason as part of his commitment to helping others understand the love of God through Jesus. A judge had sent Jason (not his real name) to the group home on a charge of possessing a stolen firearm during an adolescence scarred by loss, drugs and violence.

Drotos, 25, could relate. He struggled with family dysfunction as a boy and suffered anxiety, depression and a sense of loss. The Christian faith he embraced in high school offered peace and ultimately a new direction. Attending the seminary to earn a Master’s of Divinity degree continues his journey – and healing. 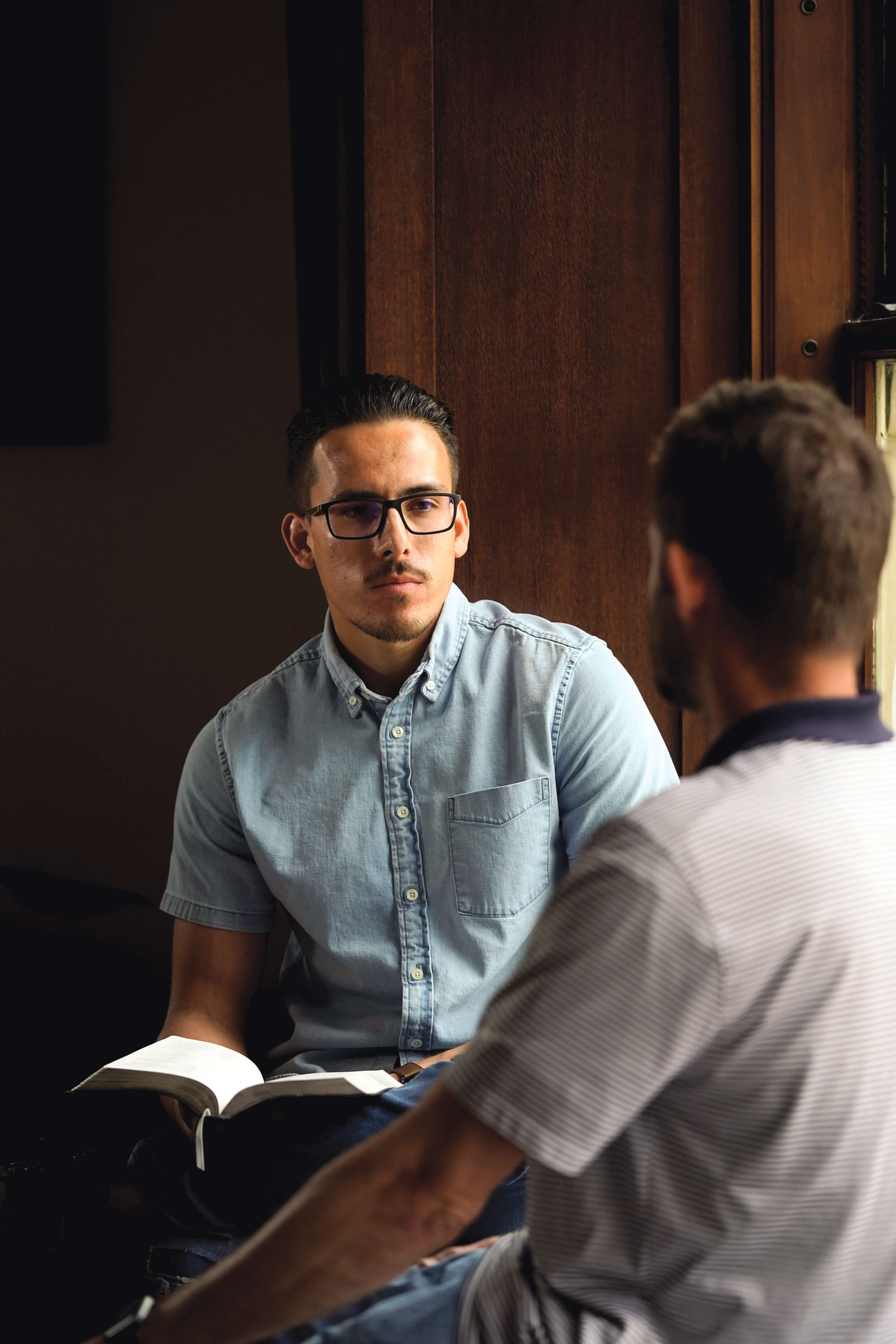 At the kitchen table, Jason – muscular and broad shouldered – grinned. “Hey, John, right now I have three girls at school I’m talking to.”

Drotos: “Do they know about each other?”

Jason: “No, not really. I’m just trying to be out there. Do you think that’s right?”

Drotos considered his response. “So Jason, who’s the favorite person I talk to you about?”

Drotos – who finds inspiration in King’s commitment to faith and social justice – told Jason about a speech King gave to students in 1967. “Dr. King said to have a successful blueprint for life you first have to have dignity for yourself.”

Jason’s grin faded as Drotos asked: “How are you showing dignity and respect for yourself in all of this, by being with three girls?” He continued: “As a married man, I can tell you we only have the capacity to connect emotionally with one other person. If we’re honest, the rest is trying to get our physical pleasure on.”

The talk with Jason was ministry in raw, real life. It’s what Drotos does each week visiting 30 to 35 young men in six group homes. It’s also the practice of ministry he unpacks in seminary courses taught by Brian Ross, D.Min., an associate professor and director of the M.A. in Christian ministry, master of divinity and ministry leadership and culture programs. “Brian has really challenged me to think about the implications of all we’re learning in seminary and what it could mean for the unbeliever,” Drotos says. “He’s also helped me see how our stories of upbringing affect and shape us, and how they can play a vital role in connecting with others.”

Drotos’ story of growing up in Tulare played out with an absent father and a mother who coped as best she could but struggled. Drotos found belonging and stability playing football and became obsessed with the sport. Then his life began to change when an academic tutor in high school invited him to her church. The congregants were largely African American and older. “The crazy thing is that’s where God met me, a young guy who’s white and Latino,” Drotos says. “It was the first time in my life I met people who wanted to invest in my life and really cared.”

That experience at Living Christ Church would shape Drotos’ commitment to a holistic Gospel. “We as the church are called to not only be a voice and spotlight on Sunday mornings but to be with people in the midst of their pains and struggles,” he says. As Drotos continued in high school, he still struggled with depression and anxiety. But, he says, “I also felt God was calling me into deeper and deeper relationship.”

A pivotal moment came at a midweek service the summer after graduation. Drotos planned to play football at community college but sensed God calling him to give that up and do something else. “My body shook and I thought, ‘Nah, God.’ But I eventually decided to lean into that even though I had no idea what it meant.”

I also felt God was calling me into deeper and deeper relationship.
John Drotos, Seminary Student

After Drotos graduated from college in Southern California, he started with Youth for Christ in Fresno, where he met Jason. (He hopes to one day lead a church as senior pastor.) In Jason, Drotos met a young man ensnared both by circumstances outside his control and choices freely made. Jason grew up believing in God but angry about his mother’s death. “I thought, ‘Why did God put me through this if he’s all the things that people say he is?’” So he took drugs and with blurred consciousness sought out violence. “I was trying to assert my dominance in recklessness. I thought I was hardcore, and I liked that persona,” Jason says.

Jason and Drotos first connected because of a shared interest in working out and lifting weights. “John told me his story, so I could relate to him in a lot of ways,” Jason says. Drotos addressed Jason’s stew of emotions by pointing to the Psalms, where people poured out to God their anger, hatred and desire to seek revenge. He also told Jason: “God is calling you to come to him and let him handle everything.”

Reliance on God is the cornerstone of Drotos’ counsel to Jason. Drotos didn’t begin the relationship by telling Jason what he should – or shouldn’t do – to live a Christian life. “Guys like Jason already have therapists, drug counselors and group home staff telling them how to act,” Drotos says. “I wanted him to know the Gospel isn’t calling him to first be a better person. It’s just asking him where he currently stands, to invite God in and allow the Holy Spirit to do the transforming.”

Jason is receptive to that message but still goes his own way sometimes, like when he used drugs at the group home, got caught and was sent back to juvenile hall. “I wouldn’t say I felt invincible, but maybe untouchable,” Jason says of the incident. So, wearing an inmate’s orange jumpsuit, he appeared before a judge; Drotos looked on with Jason’s grandmothers. The judge could have locked Jason up but instead gave him a second chance, and he returned to the group home. Jason sees God at work in the decision, and he sounds determined not to blow it again. “Now the first thing that
comes to my mind is: ‘Do I want to mess up
this great opportunity?’”

After graduating from high school this spring, Jason hopes to move out of the group home and study business at a community college. He will take with him Drotos’ words about seeking dignity in life and relying on God. “I know that when I’m down and lonely at night, I can pray and God is there,” Jason says.

Drotos remains hopeful about Jason’s future. “Like anyone dealing with things that are deeply ingrained, he needs time to believe and act in different ways. But he has the potential to be so successful. I tell him, ‘You need to start using all that God has given you.’”