Retirees Came for Different Reasons, but Stayed to Benefit FPU 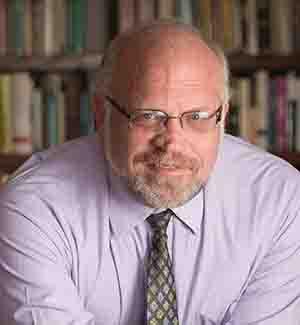 Terry Brensinger, Ph.D., learned of FPU when a job description popped up during an internet search at a Toronto pastor’s conference. “I read over it and sent it to my wife as a lark,” he says. That impulse became a call and Brensinger started as professor of pastoral ministry at Fresno Pacific Biblical Seminary, part-time in 2011 and full-time the next year. “I was passionate about it,” he says.

Brensinger had already taught at Messiah College, pastored churches, written or edited four books and trained pastors worldwide. The Allentown, PA, native grew up in Brethren in Christ and Methodist congregations and was inspired by professors at Messiah College and Asbury Theological Seminary. In seminary “I took Hebrew in an intensive six-week course and I knew what I wanted to do after that,” Brensinger adds.

Colleagues and a wide circle of donors are Brensinger’s best memories of the seminary, where he was president (and vice president of FPU) from 2013-18. “They were an amazing group of people,” he adds.

Even before retiring in December 2020, he and wife Debra moved to Maui while he taught online. The couple will return to Fresno as Brensinger sets up a nonprofit. A fifth book is in the works, and he plans to join Debra as a spiritual director to seminary students. 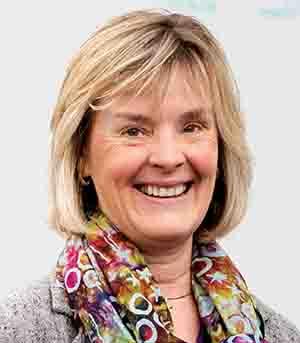 Connections are important to Karen Cianci, Ph.D., and one led her to FPU. “I was recruited by my friend and mentor, former Provost, Dr. Herma Williams. I was attracted and stayed because of the rich diversity and chance to have a significant influence on growing the sciences,” says Cianci, who will retire as dean of the School of Natural Sciences in July 2021 after 13 years.

Cafeteria conversations are something Cianci will take with her. “The food was good, sometimes very good, but the memory is richest for sharing the table with all kinds of wonderful folk outside of my normal working circle,” she says. Other highlights include student trips to Iceland, China and Vietnam.

Growing up in rural upstate New York, Cianci loved nature and science and was captured by neuroscience. “The brain and its function seemed to bring all the mysteries of life and reality together,” she says.

For the future, she and husband Terry hope to tour the U.S. and Canada in their RV and travel more broadly. She will also keep volunteering with Bridge2College.

“It has been my honor to have been called to serve at FPU,” Cianci says. “I am grateful for the wonderful colleagues I have in the School of Natural Science and the friends across the faculty, staff and students.” 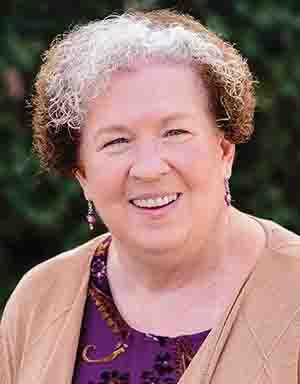 The normal path would not have led Sharon Merritt, Ph.D., to FPU in 2013. As she plans to retire in June 2021 as associate professor and education director of the Master of Arts in Teaching (MAT) program, she’s glad she strayed.

The Sacramento native came to the university after teaching composition at Santa Clara University. She had finished her Ph.D. in Language, Literacy and Culture in 2012, and her direction was changing. “I decided not to follow the traditional route of composition studies, but follow multilingualism and especially ‘dual language,’” she says.

Fortunately, she had reconnected with Linda Hoff, Ph.D., while the head of the Teacher Education Program Division was planning FPU’s MAT program. In the 1980s, the Merritt and Hoff families attended church together in San Jose. “It was a God-appointed thing,” Merritt says.

Merritt’s warmest recollections center on students. “I always enjoy seeing my students complete their degree and get hooded,” she says. She’s also proud of a trip to Finland and Estonia to learn about education systems there and being part of the presidential search committee for Joseph Jones, Ph.D.

Going forward, Merritt will teach as an adjunct and mentor student teachers, while continuing as president of the California Association for Bilingual Teacher Education (CABTE). “It’s been a pleasure and privilege to be part of the FPU community,” she says.