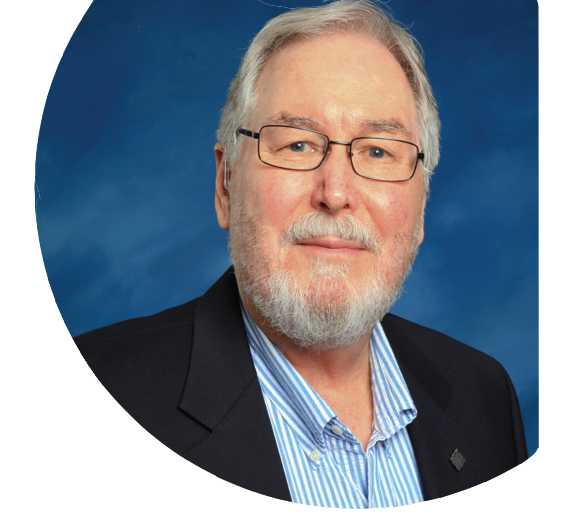 Kopriva, Ed.D., who retired in July 2019 after 30 years as a professor of early childhood development and special education, reckons he graduated 47th of 53 from his Wyoming Catholic high school. “I was interested in bicycles, motorcycles and girls,” he says.

After a stint as a U.S. Navy diver, Kopriva enrolled in Mesa Community College, San Diego, to study ocean science. A professor, a principal and God changed his mind. The prof suggested he spend a morning at a school for students with health and physical impairments. The principal took time with him.

God spoke up in the parking lot. Sitting in his truck, Kopriva prayed. “It was like a catharsis,” he says, “I had fallen in love with education, especially students for whom education is a big obstacle.”

Kopriva completed his B.A., credentials and M.A. at California State University, Los Angeles, joining the adjunct faculty. After five years as a classroom teacher, he earned his Ed.D. at the University of Northern Colorado.

FPU’s mission attracted Kopriva. “My goal has been to live out my faith,” he says. People have also been loving. “I have made many, many friendships.”

To that end, Kopriva offers a sympathetic ear. “We work around people who have been hurt in life and church,” he says. “We help them see another side,” he adds.

In retirement, Kopriva plans to resume being a minister of the Eucharist (Holy Communion) at Divine Mercy Catholic Church, Clovis. He will continue helping struggling elementary school students with wife Sijmontje Renema-Kopriva (M.A. ’01), a retired Fresno special education teacher. “Young girls and boys who have trouble in school live with a lot of stress because they know they’re not getting it,” Kopriva says.

Raised in rural Taiwan in a non-Christian family, Wen—who retired in July 2019 as professor of business administration and economics, and director of the MBA program—came to the U.S. in 1985 to earn his MBA at the University of Oklahoma City. He joined a Bible study to help his English proficiency and learned more than he bargained for. “To practice English conversation, you have to ask questions, to ask questions you have to read ahead,” he says. Wen made his confession of faith four months later. 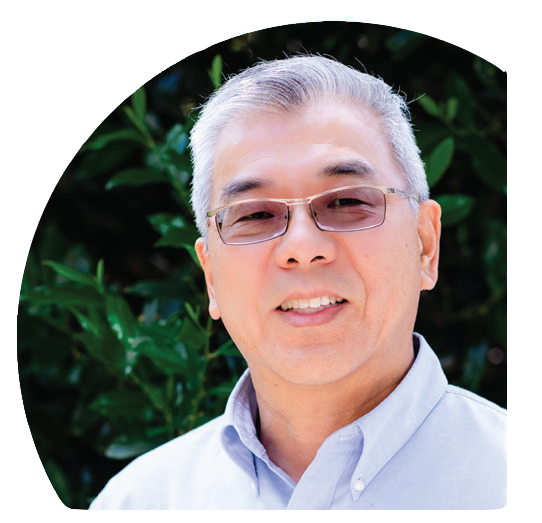 An ad in The Chronicle of Higher Education brought Fresno Pacific to Wen’s attention while he was finishing his Ph.D. at the University of Florida at Gainesville. He came in 1990, looking for a place to share his faith through teaching economics and finance. “When this job was offered to me I said, ‘Perfect,’” he says. Wife Marnjuag is retired from the Fresno County Auditor-Controller’s Office.

There have been offers since—he was tempted by one from financial giant Goldman Sachs. “I prayed about it and realized that’s not about mission, that’s about the material,” he says.

Mission drives Wen. “God calls me to start a church wherever I am,” he says, including one in Gainesville and the Chinese Fellowship at Bethany Church, Fresno. He also led his parents and two of his brothers to Christ.

This fall Wen returns to China to train a pastor for another church he helped start. He will continue at Chinese Fellowship until he trains a successor, then plant more churches in China and Taiwan. As he told Christian Leader magazine: “When I confessed my sins to Jesus, I said ‘I don’t desire just to know you, I desire to make you known.’”