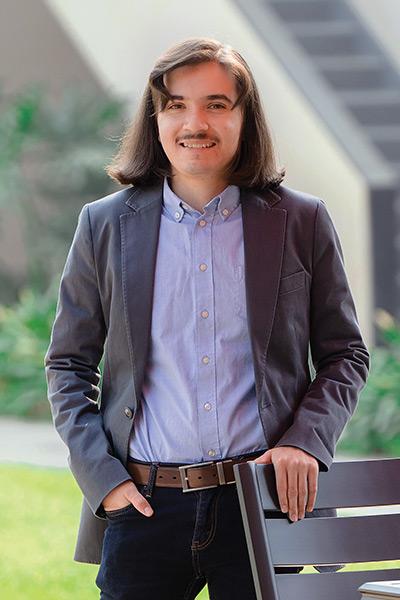 Jesus Gomez didn’t think much of religion—until he came to Fresno Pacific University.

Growing up in Porterville, Jesus and his family rarely attended church, but when they did he saw hypocrisy and didn’t want to be part of it.

“We didn’t go to church very often. Whenever we did go to church, my impression wasn’t a good one,” he says. “It was not what happened in the church, but the people in the church. Most of the time I saw them utilizing religion to justify something that they later on did or didn’t do.”

So before coming to FPU Jesus didn’t consider himself a “religious person.” However, because of FPU he has grown in his spiritual life. Taking the required Bible classes at FPU sparked a hunger in him to learn more about the Bible and Jesus Christ.

“I started out being pretty distant from religious conversations. After some of the courses that I have taken at Fresno Pacific, I have grown to appreciate biblical literature much more,” he says.

After taking the required Bible classes at FPU “Jesus in the Christian Community” as well as “Biblical Literature: Revelation,” Jesus took an elective on the Bible called, “Heaven, Hell, and Christ’s Return.” “Both of these courses really got my interest in reading more about the Bible,” he says.

Before coming to FPU and as a freshman, the political science major would not talk with friends about the Bible or spiritual things. “And now, whenever my friends start conversations about the Bible, I can actually engage with them. Sometimes, I actually start the conversations,” he says. “That’s now a huge difference.”

Do you know a student who has been transformed at FPU? Contact Wayne Steffen at wsteffen@fresno.edu.