We Can All Win 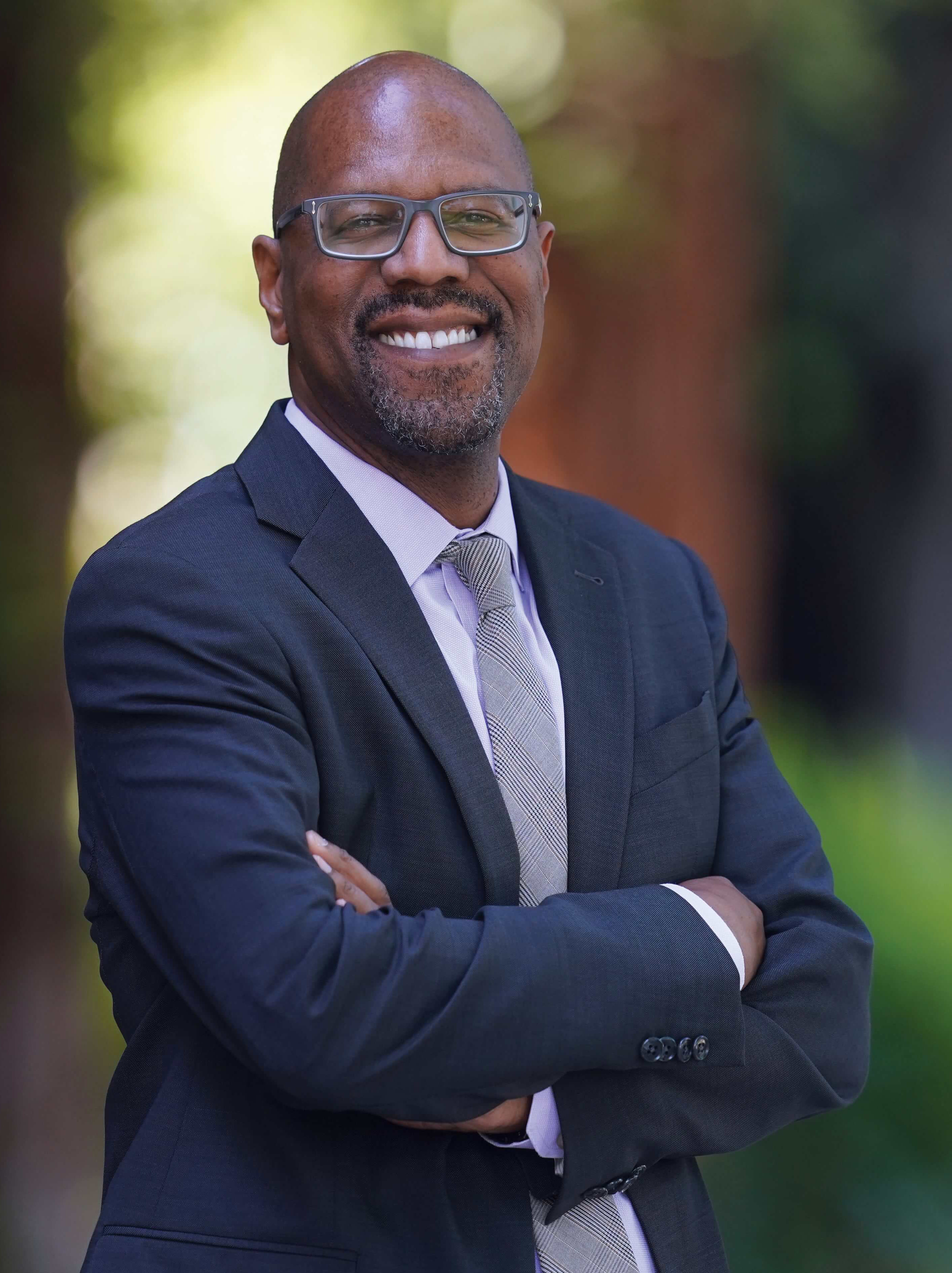 A desire to see students formed and transformed by the love of God drew André Stephens, Ph.D., to the presidency of Fresno Pacific University.

Children—preacher’s kids in particular—get their first taste of faith at home and may see God in their fathers. In the Stephens house in West Covina, CA, he learned fear of both earthly and heavenly father.

Stephens’ parents, who divorced when Stephens was a teenager, came to the United States from Panama in the 1960s. He was born in New York City and the family relocated to Southern California when he was a small child. He has a younger sister and brother who both serve in K-12 education in Southern California public schools.

A glimmer of new faith

A high school basketball camp at Westmont College introduced him to Christian higher education. A family friend suggested he attend Biola University, where he could minor in Bible while majoring in communciation. “When I discovered I could take Bible classes and not be a pastor, it was perfect,” Stephens says.

The short version of his college career certainly sounds “perfect”— Stephens met his wife, Beth, at Biola, then graduated and stayed on for 30 years, rising from setting up tables as an admission counselor to sitting on the university cabinet as vice president for student development.

Beth Stephens is a fellow Biola graduate whose father was a pastor in San Francisco. Their sons Jason, 26, and Micah, 23, are USC graduates who work as software engineers. Daughter Victoria, 19, is living with her parents and excited to volunteer in the community. Also sharing the Smith House presidential residence is the family’s 12-year-old Schnoodle (schnauzer-poodle mix). Beth taught elementary school in Los Angeles right out of college. She has spent her adult life serving the church through various ministries, including teaching Bible studies, facilitating small groupsand mentoring youth. She looks forward to being involved in the FPU community. 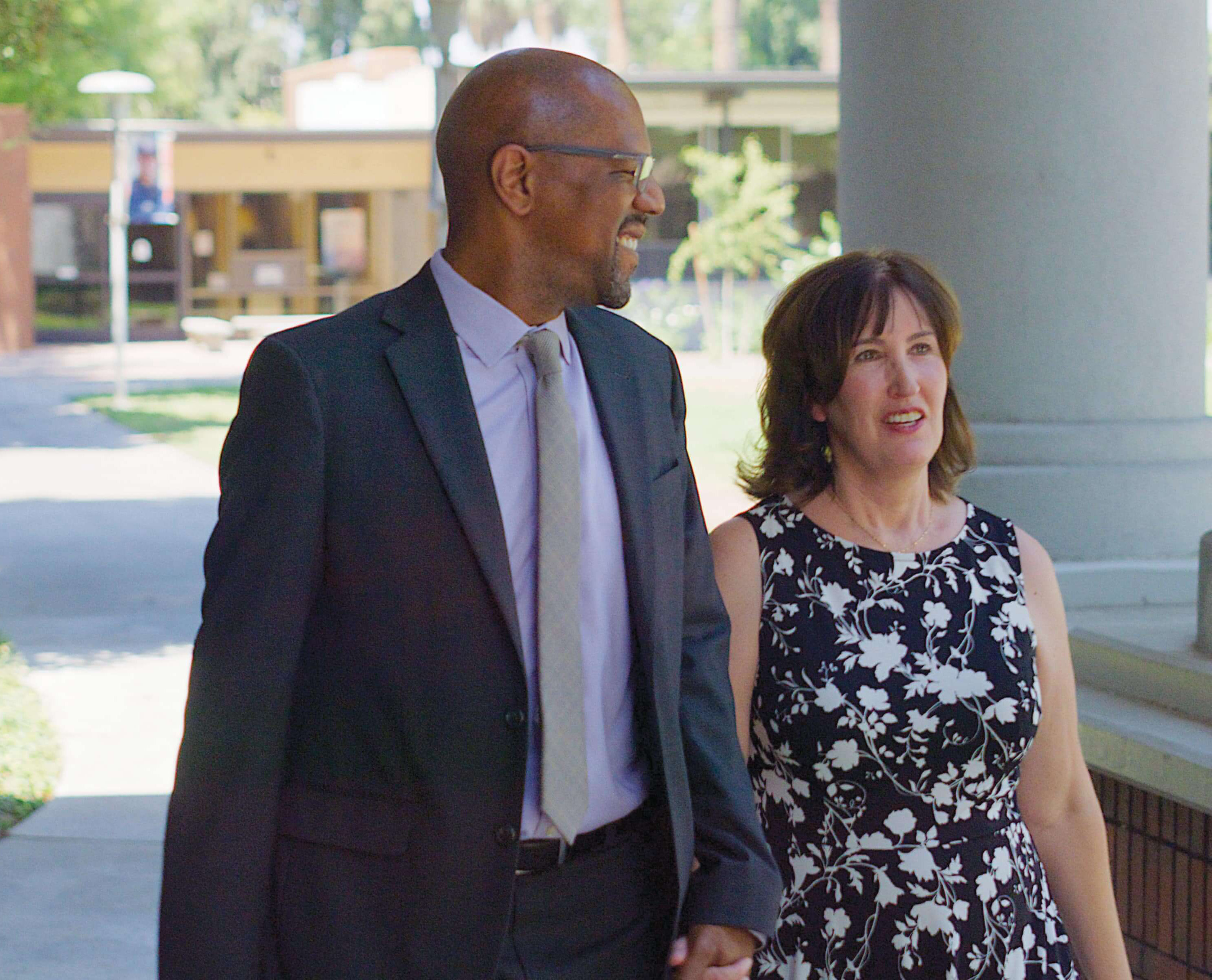 We put on Christ for our students…”
André Stephens

But “perfect” did not start easy. “I felt like I was in a foreign country at Biola, I didn’t speak ‘Christianese,’” Stephens says. “I wanted to transfer.”

Two things converted that desire to transfer into a fulfilled transformation: First, a group of track & field athletes encouraged him to join the team. They became like family. Second, a chapel speaker taught about the love, grace and kindness of God—attributes of God he was unfamiliar with. “My heart just melted. The Holy Spirit got hold of me,” Stephens says.

That transformative power still calls Stephens to Christian higher education today. “We’re changing people from self-centered to Godcentered,” he says. Not just students, but faculty, administrators and staff are transformed since all are in community.

I believe everyone is gifted and I want us all to win.
André Stephens

Advancing that opportunity in a new way led Stephens to FPU, a place he had known and admired for its commitments to first-generation Hispanic students, and its posture toward restorative justice. He also respects the university’s engagement in the Central Valley. Being a Christian college president is tough, and getting tougher, he admits. “Who would want to do the job unless you felt called? And if you feel called then the only answer is ‘yes,’” he says.

Since joining FPU July 1, Stephens has put getting to know people high on his to-do list. “I’m a relational leader. I believe everyone is gifted and I want us all to win,” he says. “Leadership is generous. Leadership is kindness. Leadership is positive influence for the collective good.”

Kingdom-building remains the goal as FPU works on issues ranging from budgets, new programs and deferred maintenance, to a longterm clarity of vision as the number of traditional college-age students declines and the university looks at what it is and what it’s becoming. “I don’t have all the answers. I’m looking forward to the creativity that is going to emerge so we can thrive in the future,” Stephens says. “That’s going to be exciting—to see what God is going to bring.”