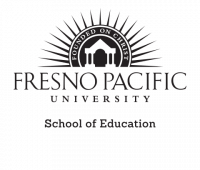 UPDATE March 31, 2020: Chawanakee Academy Charter School was named one of 20 National Finalists this month. Each National Finalist increased their prize package to $50,000 in materials and qualifies for a trip to New York City for a pitch event (rules were set before Covid-19). Ultimately, five National Winner schools will receive a total of $100,000 in prizes and pitch projects to members of the U.S. Congress in Washington, D.C. One of those schools will get another $10,000 in technology as the social media voting choice. More at samsung.com/us/solvefortomorrow/

A classroom led by a Fresno Pacific University alumnus and faculty member is one of 100 nationwide to advance in a $3 million contest that marries science and social problems.

An enrichment class at Chawanakee Academy Charter School taught by Matt Gehrett, Ed.D., has been named a state winner in the 10th Annual Samsung Solve for Tomorrow Contest. The competition challenges students in grades 6-12 to address a concern “personal to them and critical to their communities” using STEM (science, technology, engineering and mathematics), according to a release by Samsung, the South Korean tech giant. Each state winner receives $15,000 in technology and classroom materials and the chance to win more.

Seeing a teachable moment, Gehrett polled his students on what issues to tackle and how. One student identified something that locally is more than a headline: air quality during wildfires. Chawanakee is a K-12 public charter school that is part of Chawanakee Unified School District in Madera County. The county is no stranger to wildfires, including the Mission, Oak and Railroad blazes, which burned thousands of acres and displaced thousands of people.

The students want to provide real relief for individuals. “What we’re proposing is to create not just a face mask, but a smart face mask,” Gehrett says.

In addition to the filter common to all face masks, this one would have a microprocessor to let wearers know what was in the air, when the air was dangerous enough to put the mask on and safe enough to take it off. There is currently no product like this, though since joining the contest Gehrett has heard of one in development. “It proves there’s a need,” he says.

Doing the work teaches students about more than technology. The San Joaquin Valley Air Pollution Control District staff will visit the class as well as a respiratory therapist and, Gehrett hopes, firefighters from Cal Fire, who battle wildfires. Gehrett appreciates this deeper approach. “I like this project because while the end goal matters, so does the process of education,” he says.

The next step in the contest is to build a prototype mask, make a video—with equipment that is part of the prize package—and send it to Samsung. The company will name 20 National Finalists in March 2020, each of whom will increase their prize package to $50,000 in materials and make a trip to New York City for a pitch event. Ultimately, five National Winner schools will receive a total of $100,000 in prizes and pitch projects to members of the U.S. Congress in Washington, D.C. One of those schools will get another $10,000 in technology as the social media voting choice.

Looking at the other state winners, Gehrett feels his students have already accomplished a lot. “It feels good to be one of the 100 because some of the schools on the list are massive Silicon Valley schools,” Gehrett says. Chawanakee serves 300 students on its campus in the unincorporated community of O’Neals, as well as homeschool students in Madera and surrounding counties. (More at cac.chawanakee.k12.ca.us/)

The Samsung Solve for Tomorrow Contest encourages innovation among students while addressing the technology skills gap in classrooms across the country. Since its inception in 2010, the contest has awarded $15 million in Samsung technology and classroom materials to more than 2,200 U.S. public schools, the company states.

“Reading the innovative proposals students and teachers have put forth this year exemplifies what we know to be true for every student—that young minds have just as much to teach as they do to learn. Our guiding citizenship vision is ‘Enabling People,’ and we are thrilled to celebrate another year of empowering future innovators to achieve their full potential through STEM learning,” said Ann Woo, senior director of corporate citizenship at Samsung Electronics America. More about the contest at samsung.com/us/100-state-winners-advance-samsung-solve-tomorrow-contest/