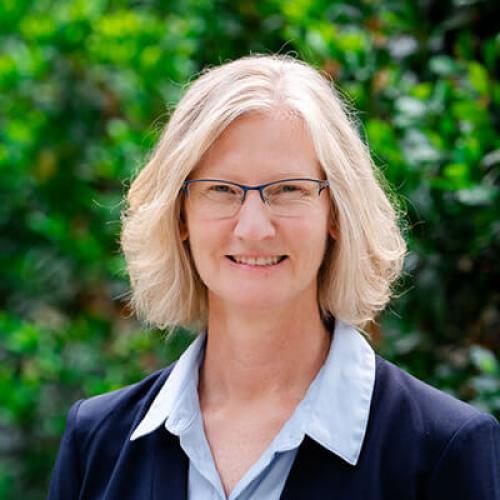 In the 1950s & 60s, a group of American Anabaptist graduate students got to talking about the place of Mennonites in the modern world. One product of this conversation was an influential series of pamphlets.

With Mennonites asking similar questions today, Laura Schmidt Roberts, Ph.D., professor of biblical and theological studies at FPU, has worked with Wipf and Stock Publishers to republish the original pamphlets, adding contemporary voices to continue the conversation into a new generation.

Shaped by The Anabaptist Vision, H.S. Bender’s influential 1944 essay, and critical of Mennonite practices increasingly at odds with it, between 1954-1971 the group—known as the Amsterdam Seven for the location of their first meeting place in the Netherlands while all were getting their education and/or doing post-war relief work in Europe—began a process that led to a series of 18 pamphlets with contributions from more than 50 authors called CONCERN: A Pamphlet Series for Questions of Christian Renewal, that took up important Anabaptist themes that shaped a generation of thinking.

The new publications include material from the original pamphlets in volumes grouped by theme and add new articles by contemporary writers. In all there are seven books: four edited by Roberts, two finished more than a decade ago by Virgil Vogt and one started by Vogt and completed by Roberts. The last volume was completed in April 2022.

The series addresses issues—belief, structure, governance, witness and engagement with the world—that are still concerns today. “The call issued to discern what it means to be a faithful church in and for the times—ever the church’s call—is one we face with growing urgency. What theology, imagery, and practices are adequate to the work and witness of disciples in this time and place? What is church for?” Roberts said.

“[CONCERN was] a place to test ideas, raise questions, challenge practices, even change one’s mind,” Roberts added. “This example of dialog across difference as a shared path toward renewal is welcome in the current increasingly polarized context, where disagreement seems more likely to end a conversation than begin one.”

Part of the funding for the project came from awards of $2,500 CAN from the Gerhard Lohrenz Publication Fund at Canadian Mennonite University and $1,000 US from the Schafer-Friesen Research Fund at Mennonite Historical Library located at Goshen College.

The four books Roberts edited are:

Other titles in the series are: