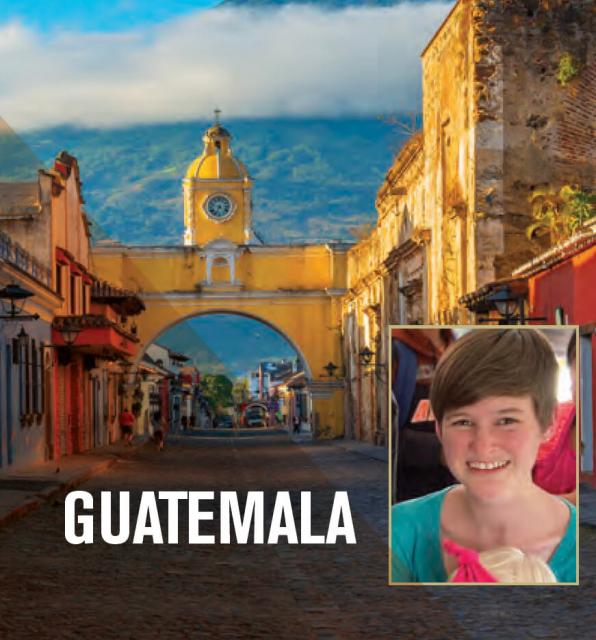 By age 14, Emily Mooney (BA ’16) had decided that she never wanted to become a missionary.

She’d listened to missionaries speak at her church many times and didn’t think that was her path. Then her mother led a youth trip to Guatemala and brought along her teenage daughter.

“I was hooked,” Mooney says via email from Guatemala. “I knew by that point that God was working on my heart, but did not yet realize that it was for fulltime missions.

“I went back every year after that, and after I graduated high school I spent a full summer interning with BMI (Bethel Ministries International) down here in Guatemala. It was after that summer that I realized this was what I wanted to do with my life…I just needed to finish college first.”

For the past three years, Mooney, along with her family, has lived and served in Chimaltenango, Guatemala, with BMI. The organization distributes wheelchairs, builds houses, supplies clothing and food, offers education and shares the Gospel.

Missionaries abroad have helped set up hospital pharmacies, planted churches, constructed houses, taught Sunday school, founded orphanages and more. The challenges are many—fundraising, finding acceptance in new worlds and learning to navigate new languages and cultures, to name a few—yet they say the rewards are just as great.

“Seeing the excitement on a child’s face when they see their brand new bed and the even greater smile of relief on a mother’s face as she sees the new roof that will keep them protected from the elements,” Mooney says, “or the beauty of seeing a person realize that God truly loves them and deciding to grab hold of that and give their life to him—these are the incredible rewards that I experience time and again here, all because I answered God’s call on my life.” 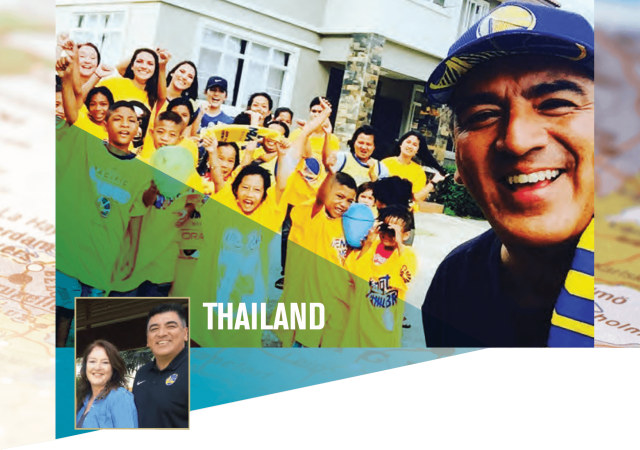 With Multiply (formerly Mennonite Brethren Missions), they have been church planters, evangelists and much more since 1995. Karen founded and directs an orphanage for HIV-positive children and also runs Project Standing Strong for mothers coming out of the sex trade with their children. Ricky is global sports ministry director and president of the Thailand MB Foundation.

Karen has worked closely with the government in opening homes for orphans and mothers, and many groups have visited to see their work. She has seen babies and a teenage boy healed from HIV.

“We are quick to give glory to God and talk about the love of the father and how that changes a child’s future and loneliness,” she says via email from Thailand. “I feel like the challenges are very heavy and hard, but the rewards are higher and greater than anything I could have imagined. The challenges are working in another culture as a guest and learner, and wanting to honor the nationals we work with knowing they are the key to the church taking root here and growing.”

Times have not changed the basic challenges and rewards of mission. Sam Bergen (SEM ‘65-67) grew up in the Dinuba area in the 1930s and ‘40s and knew God at a young age. In elementary school, he heard the story of Samuel and how he was called but didn’t at first recognize the Lord. 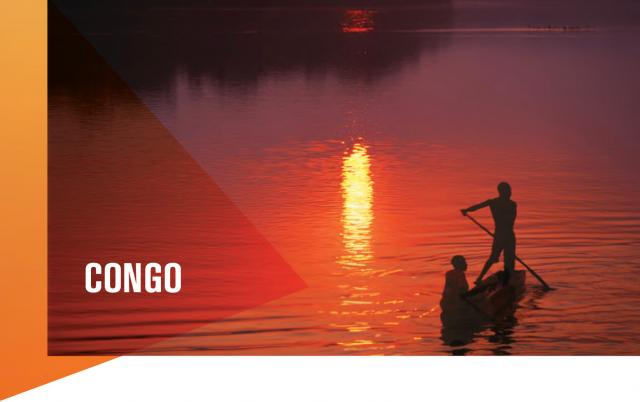 Sam wondered whether he would know; by age 13, he felt led to dedicate his life to God. He hung a picture of Jesus on his bedroom wall with the quote: “Only one life, ‘twill soon be past. Only what’s done for Christ will last.”

At first, Sam thought he might become a farmer, engineer or missionary, but the Korean War presented another option. As a conscientious objector, he served in the medical corps and developed an interest in that field, later graduating from the University of the Pacific with a pharmacy degree.

By then, he was married and “missions were always in our conversation,” says his wife, Marvis. A conference and seminary banquet affirmed that direction and, after two years of preparation at the seminary—with Sam taking classes and Marvis auditing—they began a mission in the Democratic Republic of Congo.

Beginning in 1968, the Bergens served 10 years (in addition to a year in Belgium learning French), the first three as a missionary pharmacist with MB Missions. Sam spent his last seven years setting up and running the pharmacy at the hospital in the capital of Kinshasa on behalf of the government. Before that, he says, the 1,800-bed hospital (then known as Mama Yemo Hospital) was seen as a place where people came to die.

When the couple and their two sons returned home, Sam went to work for Kaweah Delta Hospital in Visalia, retiring in 2005. He often prayed with and counseled people who knew about his background and sought his help.

“My missionary work did not end because I came back to the states,” says Sam, who now lives with Marvis at Palm Village Retirement Community, Reedley. “In fact, it enhanced it and made me have a reason and a purpose for which I was working.” 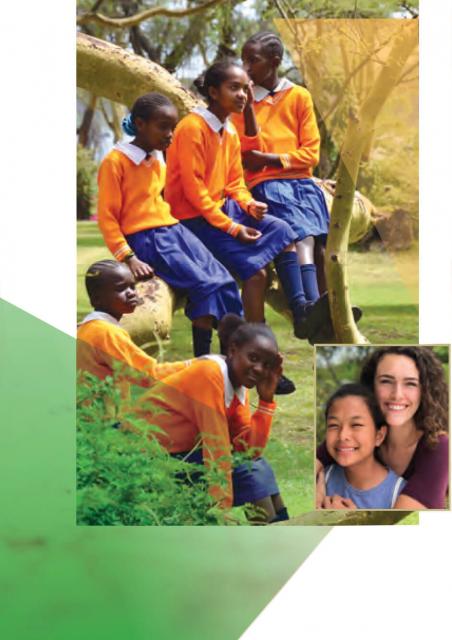 For others, working overseas is a newer experience. K DeMars, (BA ’12) is in Central Africa with her husband and three children. They will live and work at a community center; her husband will teach English. “We hope to be salt and light to our neighbors,” she says via email.

After living several childhood years in Africa, DeMars was interested in living and working abroad, particularly in Africa. She called helping other students become involved with overseas work while at FPU, “an enriching, challenging time as I learned to more closely depend on God and intentionally seek out his plans for my role on campus.”

DeMars worked in Central Africa after college and now returns to a similar area and the challenge of a hot year-round climate, speaking mainly French and Arabic and living in a different culture. “The joys will be learning to trust God deeper, learning to see him in a new beautiful culture, drawing closer to God and watching him work,” she says.

DeMars and other missionaries credit the university and seminary with helping prepare them. Rudy Roberts (MA ’08, BA ’91), founder of the nonprofit BULA, says the university affirmed her gifts and the missionary path.

“I already had a heart for that,” says Roberts, who grew up in a conservative Christian church. “I think Fresno Pacific really opened my eyes to all the different ways that God could use me and that I wasn’t limited by gender. That was huge.” 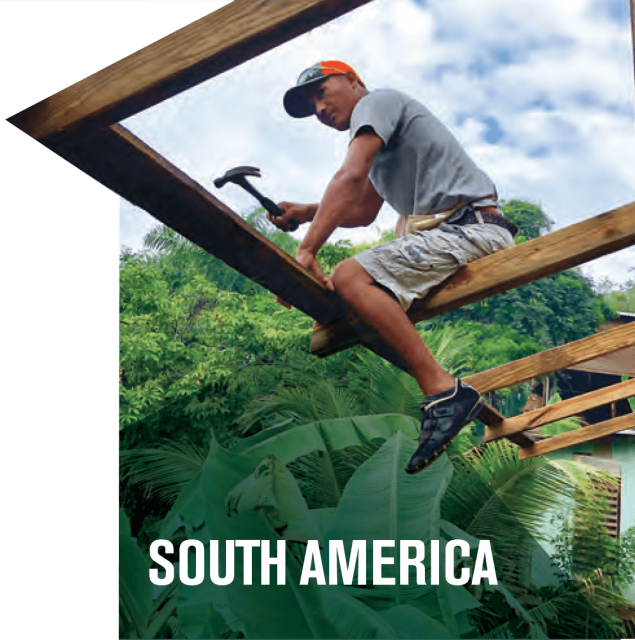 Through Visalia Methodist Church, Roberts began to build a large mission program that served in places like Mexico, Honduras and Romania. They would build classrooms and clinics—or whatever was needed—run camps for children and teach Bible school, for example.

BULA started leading teams on international mission trips about 10 years ago. Roberts draws on relationships with partners and fellow alumni—Karen and Ricky Sanchez, for example—to help guide the nonprofit’s work. She balances her time between that work and teaching at FPU. Roberts’ husband, Clay, and their children have also been on many trips. The rewards of mission are immense—“it keeps me very grounded in my relationship with God,” she says.

Roberts sees many people who have little, or nothing, but their trust in God. “It speaks to me and it keeps my feet firmly planted on the ground,” she says. “When I come back here, I see this through a different lens than I would if I just lived here all the time.”

Part of the missionary’s life abroad is building support for the work and then adjusting to a new world and culture. Those can be among the most daunting challenges.

Ronny and Lorelei (Swanson BA ‘00) Macomber, most recently in the Czech Republic at the Christian International School of Prague, devoted more than a year to raising money for expenses.

“It is difficult work asking everyone you know to financially partner with your mission,” says Lorelei, via email. “As far as field-related challenges, the greatest… were cultural and linguistic. It is difficult getting things done in a place where the systems are different and those in the field around you are quite busy trying to keep up with the demands of being in a world of different systems themselves.”

For example, it took nearly three months for the Macombers to figure out where to buy backpacks. Such challenges are offset by the grace of the work itself.

“The biggest reward from my work was teaching the students from the Bible daily,” she says. “I saw students’ eagerness to learn Bible teaching and I saw their spiritual growth, but it wasn’t just that. It fed me just as much or more than it did them to thoroughly read, dissect and meditate on God’s word each day.

“It made me feel his presence, filled me with joy and gave me strength. Though serving overseas came with its challenges, these rewards far outweighed them for me.”

Sometimes, unexpected challenges drive new approaches. Otto (SEM ’88) and Marjorie Ekk, most recently serving in Portugal, had to adjust to the pace of the country and difficulties of church-planting when they arrived in 1989.

Both were inclined to cross-cultural service as youngsters. As a couple, they went to Brazil—where Otto was born and lived until age 14—for several years after college to perform youth work in a German-speaking colony. It was a life-changing experience that helped set them on a missionary path. 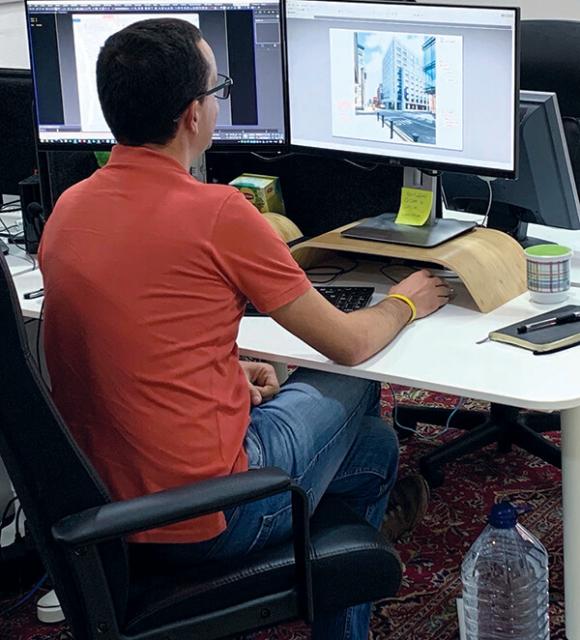 After Otto graduated from the seminary, where Marjorie had taken a few classes, the couple headed to Portugal. There, they found that it could take many years for someone to accept God in their lives.

“We count people one by one,” Otto says. They made connections through Bible study, play dates with their three children, coffee with friends, soccer games, birthday parties and waiting in line. Otto founded a soccer club— which still exists—before the first church was planted.

They never wavered from the challenge. “If God is really calling us to Portugal, a church will rise,” Otto says. “And it did.”

Ultimately, the couple started more than a few small churches, but a new challenge emerged in the country’s financial crisis about 10 years ago. People began losing their jobs and moving away to find work in other areas and countries.

The Ekks looked for a way to serve church members and the community. The answer was a secondhand store that provides a job for a pastor’s wife, a place to buy necessities with dignity and the opportunity for the community to connect with church members. 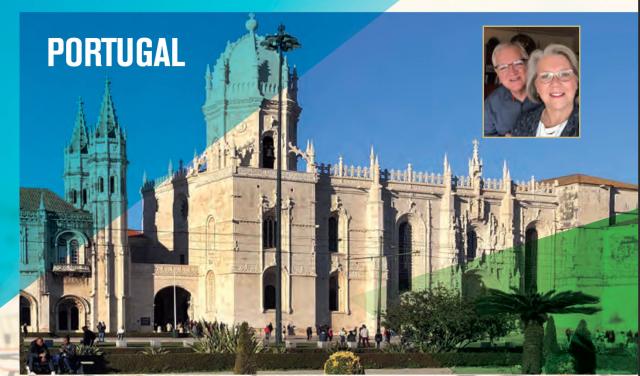 “We’re trying to meet the needs of the whole person,” Marjorie says. At the store, “they also receive friendship and a listening ear.”

More recently, they helped found a cowork space that connects entrepreneurs with experienced businesspeople like Otto, who worked many years for a Fowler (CA) farm equipment manufacturer. Some clients also connect to the church.

The decades of missionary work “definitely opened up our world,” says Marjorie, whose mother always thought her daughter would be the missionary in the family. “It opens your eyes and pushes your theology and pushes the way you think of family, of church, of relationships.”

From Guatemala, Emily Mooney echoed that point and the meaning that missionary service has brought to her life. “While this work is never easy, and some days are downright difficult, I know without a shadow of a doubt that I am in God’s will and in his hands—and that is what has enriched my life the most,” she says.