Fresno Pacific University honored individuals and a team at the Athletics Hall of Fame Banquet, April 25, 2017, in the Special Events Center. The class included the first team inductee, Sunbird-Viking student-athletes who excelled both in their athletic and professional careers and a team doctor.

The 1973 men’s track & field team was among the first to make a name for the university by going toe-to-toe with larger, well-known programs. The group established school records in nearly every event, including three that stand today. Led by Hall of Fame coach Jerry Huhn, these Vikings placed 10th nationally at the NAIA championships. Steve Hardison set a national championship record and earned a title in the pole vault. Dennis McCave joined Hardison as an All-American, while the Vikings also had four NAIA District champions (Hardison, McCave, Roger Trujillo and Dennis Anderson). Perhaps the team’s most memorable moment was March 17, 1973, with FPU’s first victory over Fresno State.

Anna Butz was a two-sport All-American. In volleyball, she led the 1986 team to an undefeated season and to the Sunbirds’ first regular season championship. Butz was selected to the NAIA All-American First Team in 1987. In track, she was GSAC champion in the 100 hurdles and the high jump in 1987 and an All-American in 1988. She still holds the school heptathlon record. Butz became a children’s counselor in Surrey, BC, Canada.

(Track & Field: 1969-1973)
Dennis McCave dominated the throwing events and was named Outstanding Field Athlete twice. He earned All-American honors in 1973, the same year set a school hammer record that still stands and reached the NAIA national championships. He went on to a career in the sheriff’s department in Billings, MT, and the Yellowstone County Detention Facility, the largest in Montana. 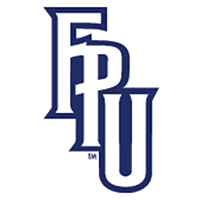 In step with the Sunbirds