DNA is the blueprint for each living creature, instructing development, functioning and growth.

Mission is that basic to the Mennonite Brethren (MB), the denomination with which Fresno Pacific University and Fresno Pacific Biblical Seminary are affiliated. “Mission has been part of our DNA from the beginning,” says Darren Duerksen, Ph.D., FPU associate professor of intercultural and religious studies. “There was a desire to share the love of Christ with others.”

Valerie Rempel, Ph.D., vice president and dean of FPBS, hops to her bookshelf for historical evidence. “The original charter for the Mennonite Brethren in the U.S. is as a mission organization. MBs are a renewal movement,” she says.

Formed from a group of Mennonites in Ukraine, MBs were influenced by Pietism, a movement combining biblical doctrine with individual piety and living a vigorous Christian life. They focused on personal transformation through spiritual rebirth and renewal.

Nineteenth-century Mennonites in the Russian Empire lived in colonies. MBs thought the governance practices in the colonies had come to resemble the mix of church and state Mennonites and other Anabaptist groups opposed, and that they had lost a sense of spiritual vitality. “The founding of the Mennonite Brethren was a kind of reaction to staid practices of the Mennonite church,” Rempel says.

MBs wanted to recapture the experience of faith and being with Jesus. Anyone with this kind of active faith couldn’t help but spread that faith to others. “Mission is in MBs’ DNA because they’re conversionist,” she says.

Forbidden by the Czars to proselytize in Russia, MBs sent missionaries to India even before coming to North America in the 1870s and 1880s. “Mission is important because that’s the mandate Jesus gave us in Matthew 28,” says Galen Wiest, mission mobilizer for Multiply, the church-planting mission organization operated by MBs in the United States and Canada. 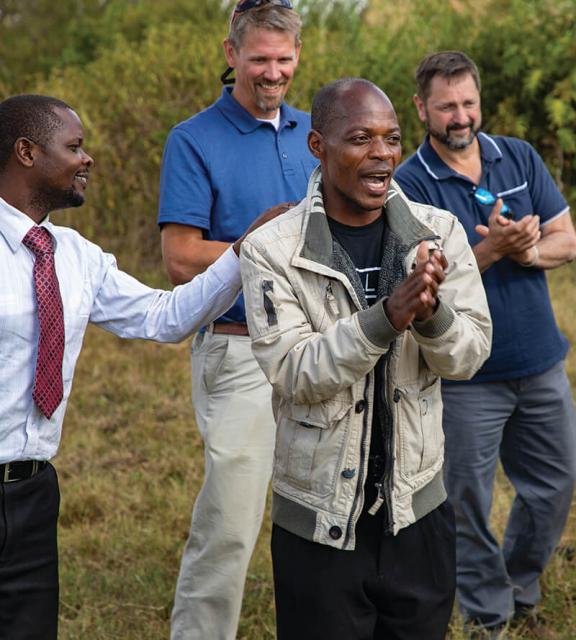 As the two entwined strands in the double helix of the MB DNA, mission and evangelism were both present at the creation in 1944 and 1955, respectively, of Pacific Bible Institute and Mennonite Brethren Biblical Seminary, which would become FPU and FPBS.

Classes on missions and mission work were required at PBI. The 1950 catalog states: “The Missionary Cause must have priority in the program of instruction in a Bible Institute.” Ministry programs, including mission, were the reason the seminary was built, Rempel says.

Educational changes over the decades have addressed new realities in the church and increased understandings of how to make mission more effective. Trends have included a focus on church planting, short- term experiences and a look at the roles of culture and mission.

Today’s intercultural studies program at FPU carries forward the ideals of the former mission major by bringing in cultural anthropology, political science, sociology and religious studies. “That signaled an affirmation of the desire of mission. It also signaled a trend that had been happening to mission, to have a wider set of disciplines informing that work,” says Duerksen, himself an MB missionary to India for six years.

This wider set of disciplines helps the church expand its vision beyond the focus of past North American missions, according to Wiest. “We’ve moved more toward making disciples. The goal is to put on the character of Jesus,” he says.

Discipleship through planting churches is the reason MB Missions became Multiply in 2019. “We’re in a new time for the church. We’re trying to create multiplying church-planting movements,” Wiest says. 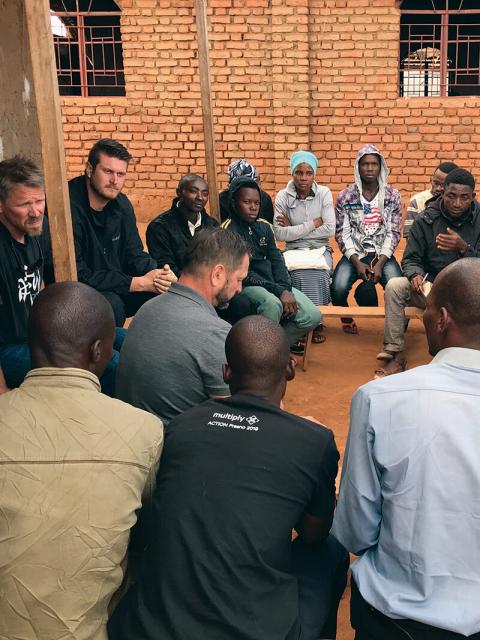 The mission field moves closer to home as local culture becomes more international. California’s Central Valley has immigrants and refugees from Asia, the Middle East, Latin America, East Africa and India. “The United States has always been multicultural and is becoming ever more multicultural. Many in our churches are becoming more aware and comfortable with that, and many even enjoy it,” Duerksen says.

The future of international mission, meanwhile, is in the hard-to-get places, more likely to be dangerous for North Americans and Europeans as well as Christians in general. “The last places where the unchurched people are, those are the most difficult,” Wiest says.

Multiply increasingly works with international MB conferences. “The Southern Hemisphere is starting to engage in a new way with missions. One of the fastest- growing churches today is in Iran,” he says.

Across the street or around the world, there is still plenty to do in mission, and the church, university and seminary all have a role. “God isn’t finished with the North American church in mission. Part of my challenge to the younger generation is don’t look away,” Wiest says.

The DNA is still vibrant. “The mission spirit is alive and well,” Rempel says.