During the 1940s and 1950s, the “Mission Prayer Bands” were one of the most tangible expressions of mission- mindedness among Pacific Bible Institute students. This program was established in 1946 in order “to pray for mission work around the world and to foster the missionary spirit in our own hearts.” The entire student body was divided into groups (or “prayer bands”), each focused on a geographic region where Mennonite Brethren missionaries served. These groups met weekly to pray for missionaries in their region, and once a month one band organized a “mission rally.”

The number of bands fluctuated from four to as many as eight, and the vast majority of students participated in their activities. The school yearbook, The Portal, usually printed at least three pages of photos and text about the bands each year. The 1953-1954 Portal devoted 12 pages.

The mission rallies were undoubtedly the high point of the prayer bands’ activities. These rallies, attended by all students and open to the public, generally consisted of special music, a dinner menu including a dish that at least vaguely resembled the food of the featured region and a guest missionary speaker. The members of the prayer band decorated the auditorium to evoke images of the mission fields. The Africa rally of 1950, for example, included what the P.B.I. Messenger described as “a large steaming caldron, two live parrots, native music, artificial palm trees, huts, monkeys and a table of African curios [that] 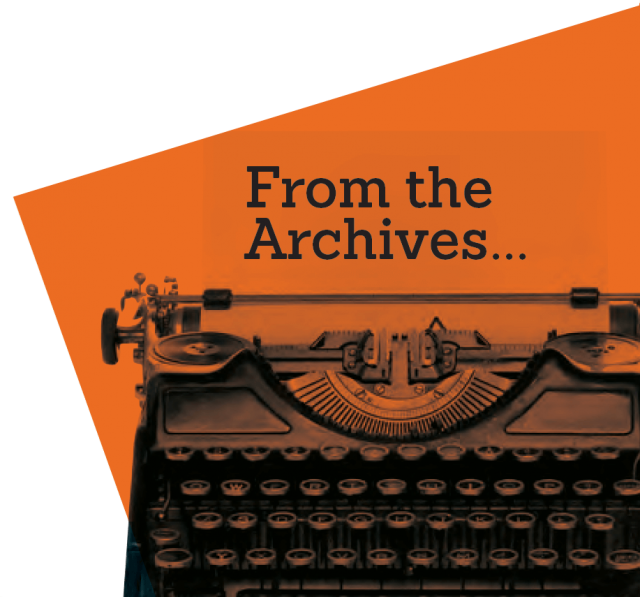 seemed to bring Africa right into the room.” Prayer band members sometimes dressed in regional costume in an attempt to heighten the effect. From the perspective of the 21st century, these rallies often practiced troubling forms of cultural appropriation, but they sincerely expressed the desire of students to promote the work of Christian missions in those countries.

The prayer bands remained a vital part of PBI student life throughout the 1950s but seem to have faded away at about the time that PBI was transformed into Pacific College. They are mentioned for the last time in the P.B.I. Messenger in late 1959 and featured in The Portal a final time in 1960