I needed to live in a neighborhood where there were brokenness and struggles.
Zachary Darrah (BA '07) 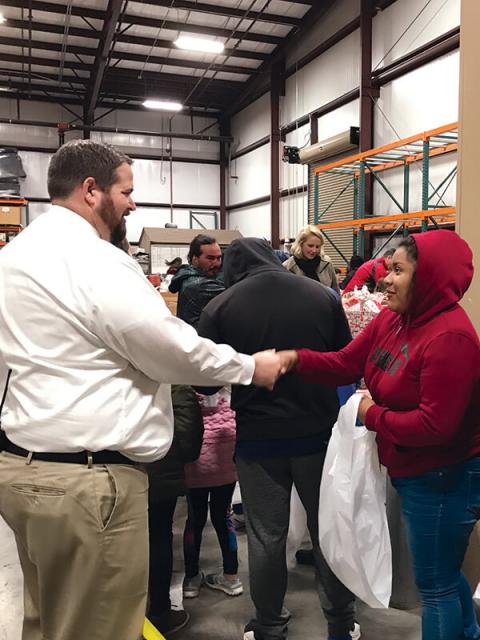 Zachary Darrah (BA ’07) heard the shots and saw the murder scene from his front door.

Darrah had moved to the apartment complex out of a sense of mission. “I needed to live in a neighborhood where there were brokenness and struggles. The lowest of society were the most important people to Jesus, and I believed they should be to me, too,” he says.

That belief continued to guide Darrah after graduation. “Our lives as followers of Christ must have intentionality, and that impacts what we choose to do professionally,” he says. Today, Darrah is chief executive officer at Poverello House, a nonprofit in downtown Fresno that cares for the homeless. He embodies a principle that many FPU graduates live out daily: Work is more than chasing a paycheck. It’s a mission to advance the Kingdom of God.

Vocation as mission has many expressions among FPU graduates. It upends the typical boss-employee relationship in one construction firm. It makes becoming a doctor a way to serve forgotten people. It leads to facing dark urban realities.

These choices are rooted in the Fresno Pacific Idea, says Ron Herms, Ph.D., dean of the School of Humanities, Religion & Social Sciences. “We pray and work toward outcomes where our graduates will see their vocations as a means for God to bring justice and peace to the poor, the oppressed and the marginalized.”

FPU helps students catch a vision of a life dedicated to mission through senior projects, practicums and internships, Herms says. “Sometimes, a seed is planted here that blossoms after graduation in ways that could not have been imagined when a person was a student.”

Such work is part of FPU’s mission, often expressed in the tradition of the university’s Anabaptist heritage, Herms says. “It is very much centered on Jesus’ vision of God’s Kingdom breaking into the world. It’s less in the things we say and more in the day-to-day commitments we make, how we love our neighbors and how we pursue justice.”

Dwelling in this land

Psalm 37—“Trust in the Lord and do good; dwell in the land and cultivate faithfulness (NASB).”—captures the idea that mission is not just overseas, says Valerie Rempel, Ph.D., vice president and dean of Fresno Pacific Biblical Seminary. “It’s the sense of enriching the place you live,” she says. “And if one takes seriously being a follower of Jesus, it shapes the way you live and seek to do your job.”

Mission is about relationships no matter what industry I'm in.
Nick Chandler (MA '18) 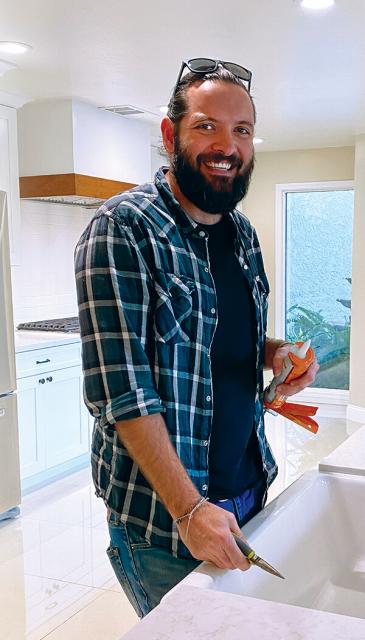 Seminary graduate Nick Chandler (MA ’18) found opportunities in building custom homes and other construction work. “Fresno Pacific has played a significant role in how I now understand mission,” he says. “It’s really how I’m in relationship with people every day and how I’m demonstrating God’s love and care for people. Mission is about relationships no matter what industry I’m in.”

Chandler is a project manager for Fresno’s Kazarian Custom Homes owned by Kalem Kazarian. “We aim to reflect the love of Jesus with all the people we interact with—whether they’re a million-dollar client or the minimum-wage worker for one of our subcontractors who’s cleaning up the trash on our site,” Chandler says. They first look for employees among people rehabilitating their lives at faith-based organizations. “My big thing is to get other managers to honor and support the guys we hire as incredibly valuable,” he says. The goal: avoid the dynamic in which lower-level workers get little respect or money. The company pays its construction workers more than other businesses its size, even if that means less profit, according to Chandler. “The idea is that these are people before they’re employees, and our goal is to honor that part of them first.”

Pointing students toward a mission-oriented life, no matter the career, is the most important aspect of education, says Karen Cianci, Ph.D., dean of the School of Natural Sciences. “It’s our mission that gives us the focus to persist in pursuing a productive life in the truest sense—benefitting mankind, the earth and God.” This generation of students is particularly receptive to this principle because it provides an anchor as rapidly evolving technologies alter—or even eliminate—careers. “It always comes back to this question: what is the ultimate mission that life is calling you to?” Cianci says.

For example, science students might define their mission as earth care, leading to opportunities to share their faith with other environmentalists who aren’t Christians. “It’s not sitting down to lead a Bible study on science and religion with the friends you make along the way. It’s demonstrating your freedom to speak about Jesus in the context of science,” Cianci says.

Last summer, Sara Gurulé (BA ’19) deepened her sense of mission as an intern at the Central Valley Air Quality Coalition, a Fresno-based nonprofit dedicated to improving the nation’s most polluted air basin. “I learned how connected we are to space and place,” Gurulé says. Poor communities often suffer the most in polluted environments, and ministry means challenging the status quo, she says. “You can’t proclaim the Gospel without meeting certain physical needs. Salvation is not just an individual experience. It is pursuing righteousness and justice.”

In spring 2020, Gurulé worked at FPU as the College Hour coordinator while also finishing a residential leadership program at The Pink House, started by Randy White, D.Min., executive director of the Center for Community Transformation, part of the seminary. Gurulé lived with other young adults in downtown Fresno to learn about Christian community, serve in ministries (she tutors children from Syria) and study urban issues such as human trafficking. “The things we see on a daily basis break our hearts,” Gurulé says. “And I ask myself many questions: How can I meet my brothers’ and sisters’ needs? In what ways do I have power and privilege that I can use to forward the kingdom of God?” The answers must center on relationships because “God through Christ has reconciled all relationships,” she adds.

Gurulé, who hopes to attend seminary and then teach or work in counseling, says one truth about vocation as mission is important to remember: “I’m not the one doing the work. I’m the one the work is being done through.”

Some disciplines have mission at their core. “We say teaching is a call to redemptive service,” says Gary Gramenz, Ph.D., dean of the School of Education. “It’s a mission, and it’s critical for teachers to have that sense of their work. What keeps them engaged and supported during difficult times is the knowledge that their work changes people and society.”

But that doesn’t make any easier the challenges FPU graduates will find in their professional lives. It’s vital that they not run away from difficult issues, says Dale Scully, vice president of campus life. “We want to educate our students to be problem solvers who are mission driven and not just consumers who just want a better job and bigger paycheck.”

FPU professors present such principles so students can better shape their futures. “They show you how your career—and why you want to do it—should matter,” says Reyna Benitez (BS ’16). “It motivated me to think how I want to live my life, who I want to impact and how I want to be seen.” Benitez, who coordinates science labs at FPU, plans to become a family practice physician. “I want to help people learn how to take care of themselves. When you give people those tools, you serve them in the best way,” she says.

Benitez wants to provide medical care to farmworkers in the Fresno area. “If service is your goal, this Valley is the perfect place. There are so many opportunities,” she says. Benitez also works part time at Adventist Health Reedley as a scribe, taking notes as emergency room doctors consult with patients and translating when patients speak only Spanish. 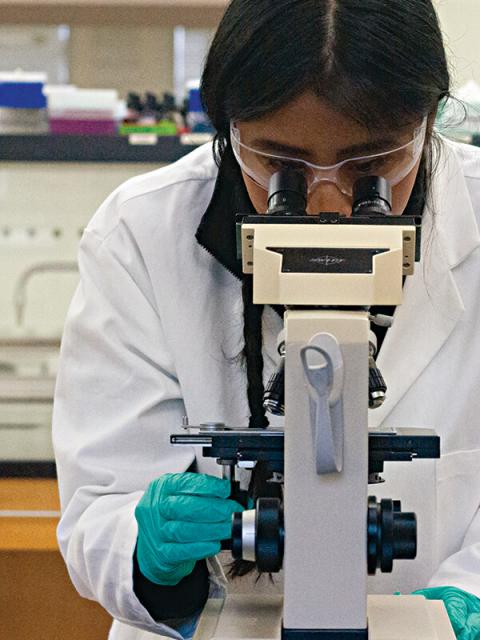 Darrah at Poverello House knew he needed to have a mission for God. “Everything I did had to have purpose, and that purpose had to be centered in who I am as a follower of Christ,” he says. He worked with low-income families, refugees and former gang members at several nonprofits and a government agency, doubling for a time as a church pastor in Madera. “There is the preaching of the Gospel and the action of the Gospel,” Darrah says. “There’s power in preaching, but people need to see the Gospel in action for it to make sense. Both are necessary to advance the Kingdom of God.”

Mission for Darrah has always meant building relationships. One evening soon after starting at Poverello House, he moved through the dining room as homeless men and women enjoyed a special dinner—a tradition called “Papa Mike’s Cafe” started by the late Mike McGarvin, Poverello’s founder. “Hi, my name is Zack. I’m pretty new around here. Tell me, how was your experience tonight?” Darrah said to folks. Many indicated they enjoyed the meal, and one woman left a heartfelt note. It read: “Thank you for helping me feel like a normal person for one night.”

Darrah ended the evening grateful his mission is at the heart of his work. “This is the place I want to be because these are the people Jesus would be with, and that’s how he would want people to feel.”